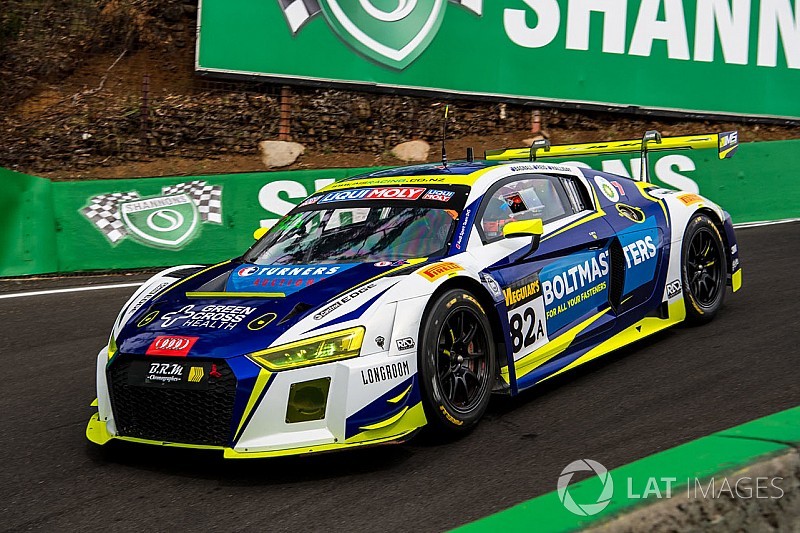 Andrew Bagnall, who suffered a major crash in the Bathurst 12 Hours and sustained several broken bones, is "expected to make a full recovery", according to a statement from Supercars Australia.

The statement said that Bagnall "sustained several broken ribs on his right side and a broken right pelvis. He is expected to make a full recovery."

The New Zealander crashed heavily on the first lap after a restart 90 minutes into the race, his #82 International Audi piling into the wall at McPhillamy Park.

He was treated on the scene by medical crews, before being transferred, in a stable condition, to hospital in Orange.

"New Zealand driver Andrew Bagnall is being transferred to hospital by ambulance after an incident in the Liqui-Moly Bathurst 12 Hour race this morning," read a statement from event organiser Supercars Australia.

"Bagnall, competing in the Pro-Am class of the event in an Audi R8 for the International Motorsport team with fellow New Zealanders Matthew Halliday and Johnny Reid, was involved in the incident on lap 42 of the Intercontinental GT race at Mount Panorama.

"He was conscious and responsive while being treated on the scene for neck and chest injuries before being transferred to the circuit medical centre, where it was determined the driver would be transferred by ambulance to Orange Hospital for further tests and observation.