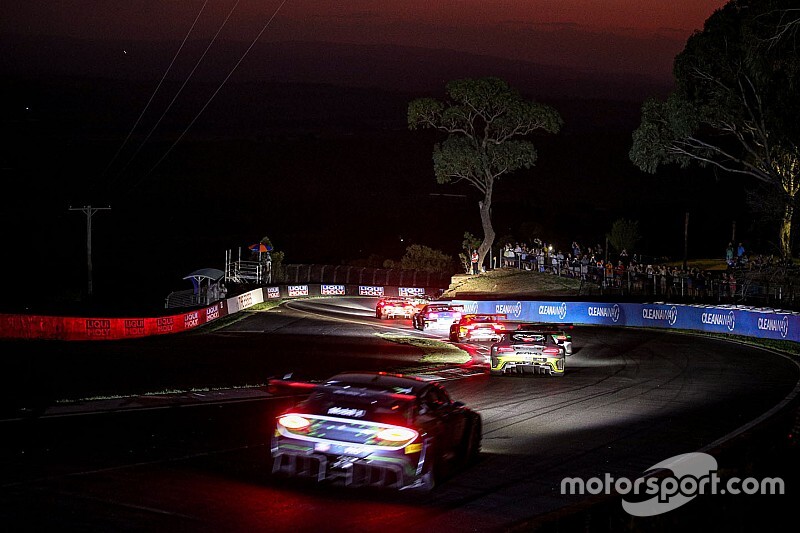 The dwindling interest in the non-GT3 classes for the Bathurst 12 Hour is a positive for the event, according to its promoter.

Last weekend's 2020 running of the round-the-clock enduro featured the strongest GT3 field ever, with 33 entries representing 11 manufacturers split across the Pro, Pro-Am and Silver classes.

However interest in the non-GT3 classes was at an all-time low. Moving Class B from Carrera Cup-spec Porsches to Lamborghini Super Trofeo hardware yielded zero entries, there were just two Class C (GT4) cars in the field, and the four MARC II Mustangs in the Invitational class.

The lack of interest outside of the primary category isn't being seen as a negative by promoter Supercars, though, with CEO Sean Seamer satisfied it's merely a reflection of the global and local trends that the event is subject to.

"It's an interesting question, there are a couple of different theories around it," said Seamer.

"That class racing was driven by what cars were being raced in Australia. We haven't seen the GT4 category take off as it was expected to. We don't see as many domestic GT3 competitors as we once did.

"And then the other thing is we've seen much more interest in the event from internationals and manufacturers.

"So the strength is that a lot of the talent, like [Supercars] drivers and domestic GT drivers, are working and partnered with manufacturer teams now, and a lot more international talent has come out here.

"I think we've seen the strengthening of GT3 from those factors. That seems to be the general consensus up and down pitlane."

Seamer added that a smaller, high-quality field of GT3 cars was his preference over, for example, a 60-car field featuring production-style cars like in previous years.

"We've seen enough damage as it is. When you've got closing speeds across that many classes, particularly down Conrod and up over the top, it can lead to a lot more damage.

"It also means that you've got premium manufacturer engagement as well.

"This is participation-based competition, customer competition. So to have 33 premium GT3 cars here is a pretty good entry list.

"And then you look at the calibre of drivers we've got, it's pretty good. How many guys are doing a double-header off the back of Daytona? You've really got to want to do this race to be coming out from Daytona a week later."

Seamer, who was due to meet with SRO boss Stephane Ratel during last Sunday's race, said the importance of keeping the event on the Intercontinental GT Challenge schedule, in terms of maintaining manufacturer support, was very clear.

"We're really cognisant of it, because when we re-cut the calendar for this year, when we were doing all of the work, we did consider moving this event because it conflicted with the [Australian Open] tennis final," he said.

"We looked at a lot of different possibilities, but with Dubai, Daytona, we feel like despite how hot it is this weekend, this is the right place for this event, the right time of the year for this event – because of exactly that."

Supercars went close to expanding its GT3 footprint back in late 2017, only to have a deal to take over the Australian GT category management agreement blocked by governing body Motorsport Australia.

There were whispers last year that a management agreement could be struck for this year as well, however Seamer says Supercars has opted to focus on pressing matters, such as Gen3, in the short-term.

"We like the GT3 category, we believe it to be complimentary to what we do," he said.

"We've got the 12 Hour, so we've got a connection to the category, to SRO, and to the manufacturers through the 12 Hour.

"But, by the same token, we've got a lot going on this year. We've got a lot of change in our category from new technical regs, to new calendar, to new formats, new broadcasts... there's a lot of stuff going on in our world, and we've got to make sure we focus on our core product.

"We will help the GT competitors as much as possible, we'll give them good events, good air time, good TV packages, all of those things. But we're not in a position to step in and run that category right now."

Seamer didn't, however, rule out making a move for the CMA at the end of this year.

"We'll consider it at the time, depending on how much progress we make in other areas like Gen3."