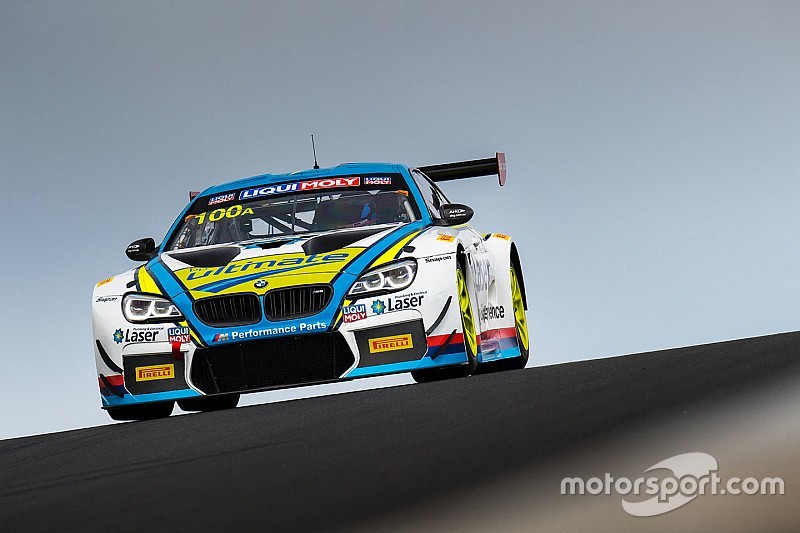 BMW GT driver Philipp Eng says he's convinced Bathurst is "nicer" than the Nordschleife after his first taste of the Mount Panorama circuit, as a number of Europe's top GT3 stars made their debuts there today.

Eng was one of a number of rookies to impress during Friday practice for the Bathurst 12 Hour, the Austrian going under the 2m04s marker in the third and final session of the day.

He was left deeply impressed with Australia's best-known circuit as well, going as far as to say that the track is even more enjoyable than the famous Nordschleife in Germany.

"The track is amazing," he said.

"I've raced on the Nurburging Nordschleife a lot in the past, but this track, I think, is nicer.

Rookies actually topped all three sessions today, with Eng's BMW stablemate Augusto Farfus quickest in the first two outings before Audi driver Frederic Vervisch turned heads when he stormed to the quickest time of the day – a 2m03.136s – in the afternoon.

According to the Belgian, some handy tips from co-driver and two-time Bathurst 1000 winner Garth Tander were crucial to his quick acclimatisation.

"I tried to prepare as much as possible, looking at on-boards and doing a bit of iRacing," he told Motorsport.com.

"Having Garth in the team is a big help as well; we did the track walk yesterday and he gave us some really good pointers."

Vervisch added that the lack of run-off in most parts of the circuit made it a unique challenge.

"The elevation, the blind corners, the walls, it makes it quite special," he said.

"There are some corners where there is time to gain [by pushing more], but if you crash the car the weekend can be over. You have to build up.

"Nordschleife, Spa, and Bathurst, they are quite particular. I've only just started here, but it's one of those races.

"It was one of my goals this year to drive here, and it's cool to be here. I hope I keep enjoying it!"

The lack of run-off was a topic of conversation in the Porsche garage as well, with Frederic Makowiecki claiming the track's old school feel is tough to find in modern motorsport – even at famous venues like Spa.

"It's amazing when you do the track wall to see there's a small wall, one and a half metres, and then there's just a house. You feel like you could go in and get a coffee!" he said.

"This has the same spirit as the Nordschleife. All of the other tracks, including Spa, although that's still awesome to drive, they have killed the spirit of what is racing for drivers. They put the walls so far back, they out grass and tarmac everywhere, and it's not that much fun.

"Then we get told to respect the track limits. Here that's not an issue. If you try and go over it, you'll remember it for a long time.

"That's why we love motorsport."

His teammate Romain Dumas agreed, adding that the city's welcoming approach was another rarity in the sport.

"When I came yesterday, it reminded me of the old Brands Hatch in terms of the atmosphere," he said. "Not because of the layout, because this is a lot more extreme, but it's the kind of atmosphere. It's really cool.

"What is also good is that yesterday the mayor made a speech, and he clearly said that the race track brings a lot of money to the city. He said they like the racing, and it's not often you hear that in Europe. Even if it's true, you don't hear it.