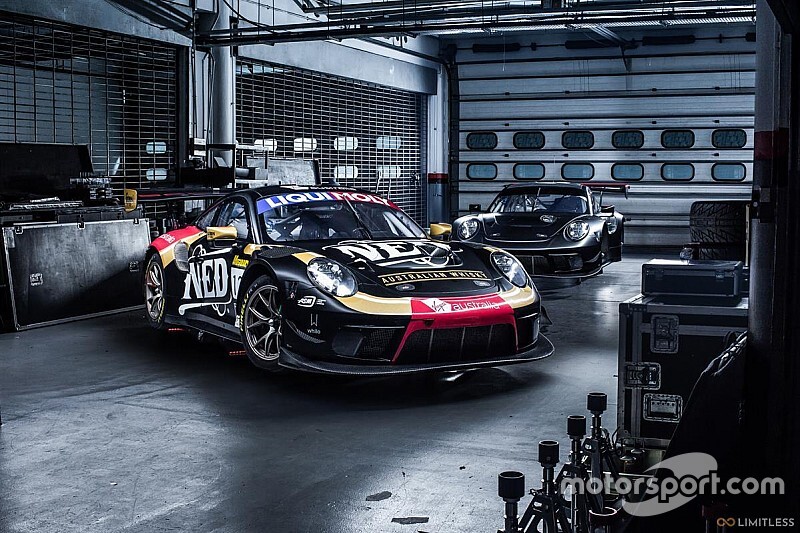 McElrea Racing, which won the 2018 Australian Carrera Cup title with Evans, will provide technical support to EBM across the Bathurst weekend.

EBM's Pro-Am entry will run alongside an all-Pro entry for Earl Bamber, Laurens Vanthoor and Craig Lowndes, as the team looks to go back-to-back at Mount Panorama.

The second car will be backed by Australian whiskey brand NED, which has also secured a naming rights deal with Supercars squad Kelly Racing for Andre Heimgartner's Ford Mustang.

“We are really delighted to be adding a second car, with the #12 NED Racing Porsche 911GT3 R, for our assault at the Mountain," said EBM co-team principal Will Bamber.

"Not only will be pushing for the Pro-AM victory, but the line-up of David, Jaxon and Romain will hold their own in the overall standings too.

"It is a tough race as we all know and we expect another tight year of competition, so to have the support of Porsche Motorsport Asia Pacific, and joining forces with McElrea Racing for this entry, is fantastic.”