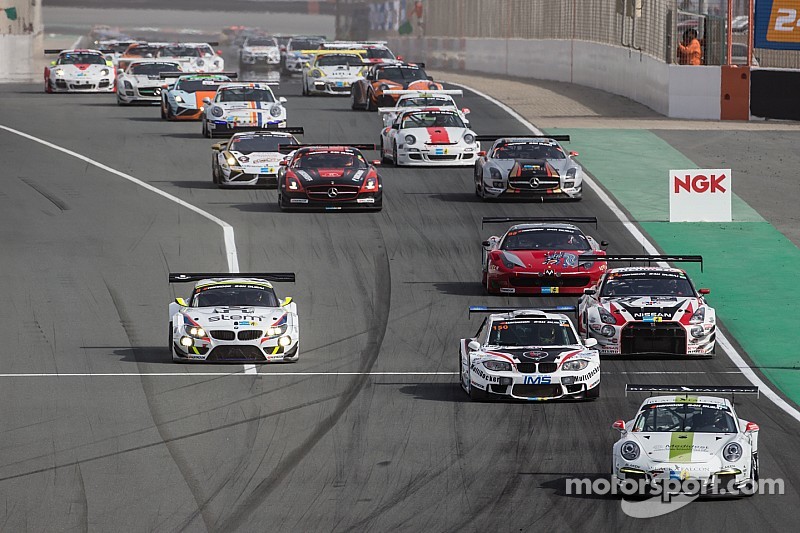 For organizers of the 24H Series, it will be the first event they organize in France.

Gennep – The announcement of the Hankook 24H Circuit Paul Ricard (10-12 July, 2015) as a new addition to the calender of the 24H Series powered by Hankook was met with great enthusiasm from teams and drivers. Therefore, it doesn’t come as a surprise that now, over three months prior to the race, over 60 teams have already entered to participate in this race. For Creventic and the Dutch National Racing Team (DNRT), organisers and promoters of the 24H Series powered by Hankook, it will be the first event they organise in France.

“Adding a new race to the calendar is always exciting,” says Helen Roukens on behalf of Creventic. “Last year, we successfully introduced the Hankook 12H Italy-Mugello and the Hankook 12H Zandvoort and the race at the Circuit Paul Ricard marks another new event for this year. It is a great addition to the series, because the Circuit Paul Ricard is a beautiful circuit with state-of-the-art facilities and the latest safety features. Its location close to the Cote d’Azur in the south of France, only a few kilometres away from the Mediterranean and famous places like Bandol and Cassis, makes it ideal to combine this race with a summer holiday!”

Initiated by French pastis magnate Paul Ricard, the eponymous circuit was built in 1969 and opened one year later. Its 1.8 kilometres long Mistral straight is one of the longest on any permanent circuits worldwide, but two chicanes have been built in over the years to enhance safety. In 1971, the Circuit Paul Ricard hosted the French Formula 1 Grand Prix for the first time and Formula 1 regularly raced at the track until 1991. A major overhaul at the turn of the century saw the circuit renamed as ‘High Tech Test Track’ with excellent safety facilities, but in recent years, race events were held again more often. The FIA World Endurance Championship (WEC) had its pre-season ‘Prologue’ event there last week, the European Le Mans Series and the FIA World Touring Car Championship (WTCC) also have rounds at Paul Ricard. The track is also frequently used for races at club level and testing activities.

The inaugural Hankook 24H Circuit Paul Ricard marks the start of the second season half of the 2015 24H Series powered by Hankook and perfectly fits into the circuit’s long tradition of endurance race events.

Black Falcon returns to the Nürburgring for 2nd VLN race