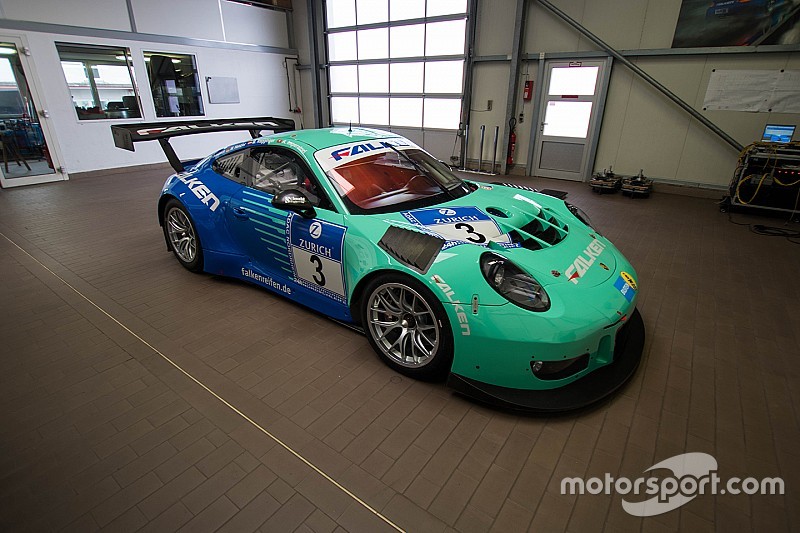 Nurburgring 24 Hours mainstay Falken Motorsports will field a new Porsche 991 in the 2016 edition of the race.

The team, backed by Japanese tyre manufacturer Falken, switches from the 997 model of the Porsche 911 GT3R to a new version, dubbed '991', which is 60kg lighter than its predecessor.

The car will be campaigned by the unchanged line-up of Wolf Henzler, Martin Ragginger, Peter Dumbreck and Alexandre Imperatori in both the 24 Hours Nurburgring race and the VLN series.

"Right from the start, the car impressed me," Ragginger said. "The new aerodynamics improve cornering speeds, the engine packs a great punch and the brakes are stronger.

"Falken provided us with such a huge range of tyres to test that we’ll be able to put together the perfect package of tyres and car,"

Falken's quartet of drivers has remained the same throughout the two previous editions of the 24-hour race, with the team taking fourth overall in 2014 and improving to third last year.

"When we fight for a top three place this season, we’ll be fighting for victory," said Dumbreck, who has been part of Falken's line-up for almost a decade.

"It certainly won’t be easy. The competition is getting tougher from year to year as more and more factory teams and drivers enter the race and the cars get faster and faster."