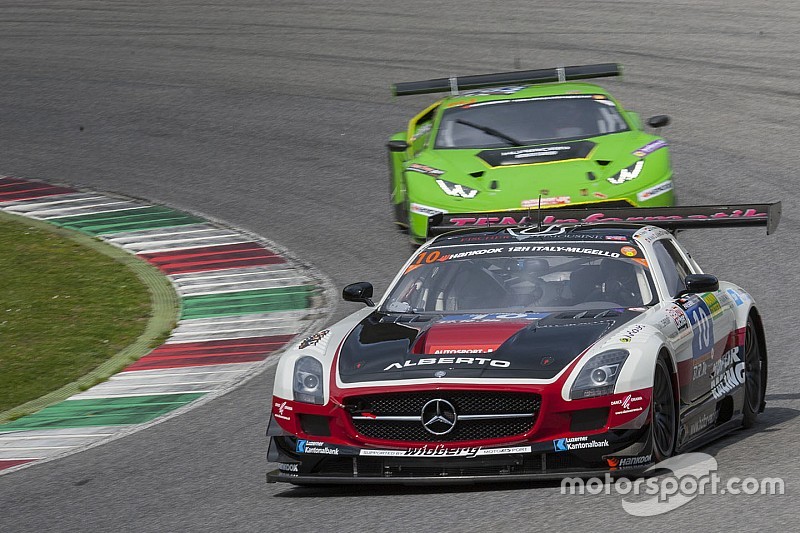 Teams wanting to be part of the action in the endurance race for GTs, touring cars and 24H Specials at the famous circuit in the Dutch dunes are advised to act quickly.

Gennep – More than 55 teams have already signed up to compete in the Hankook 12H Zandvoort (May 6-7, 2016), the fourth round of the 24H Series powered by Hankook. The final grid slots are still available, but filling up fast. Teams wanting to be part of the action in the endurance race for GTs, touring cars and 24H Specials at the famous circuit in the Dutch dunes are advised to act quickly.

“For us, the Zandvoort round is our home race, so it really is something special,” says Natasha Mark of Creventic, the Dutch agency that is the organiser and promoter of the 24H Series powered by Hankook. “Now in its third year, the Hankook 12H Zandvoort is already firmly established as one of the major events at the former Grand Prix circuit, a popular venue for teams and drivers.”

Moreover, we will have the super karts as a spectacular support category during the event.

After the successful Hankook 24H Silverstone as a touring car-only round, the 24H Series powered by Hankook returns to its usual format with a mix of GTs, touring cars and 24H Specials for its next round in The Netherlands. Last year’s race at Zandvoort saw a thrilling battle for victory between two teams with Mercedes-Benz SLS AMG GT3 cars. A strategic move during the final round of pit stops eventually saw Swiss team, Hofor Racing, come out on top to win from British outfit Ram Racing, with the Mercedes-Benz ‘gullwing’ cars locking out the first four positions in the overall results.

The other classes like the Porsche Cup class and the touring car categories also provided entertaining action at Zandvoort last year. “The field for this year’s event again shows a great variety with a wide range of GTs, including a Jaguar for the first time in one of our races, plus a great mix of touring cars in the TCR, A3 and A2 classes as well as the CUP1 class for BMW M235i Racing Cup cars,” Natasha Mark says. “Moreover, we will have the super karts as a spectacular support category during the event.”

Like in previous years, the Hankook 12H Zandvoort will be split up into two parts: the first three hours of the race are run on Friday, May 6, from 16.00 till 19.00 hrs, after which the cars are under parc fermé rules. The race continues on Saturday, May 7, at 9.20 hrs and finishes at 18.20 hrs. The prize-giving ceremony will be held in the form of a beach party, which has become a good tradition at Zandvoort. Motors TV will provide extensive coverage on the two days with live broadcasts from qualifying and a major part of the race.

South of France or Spain?