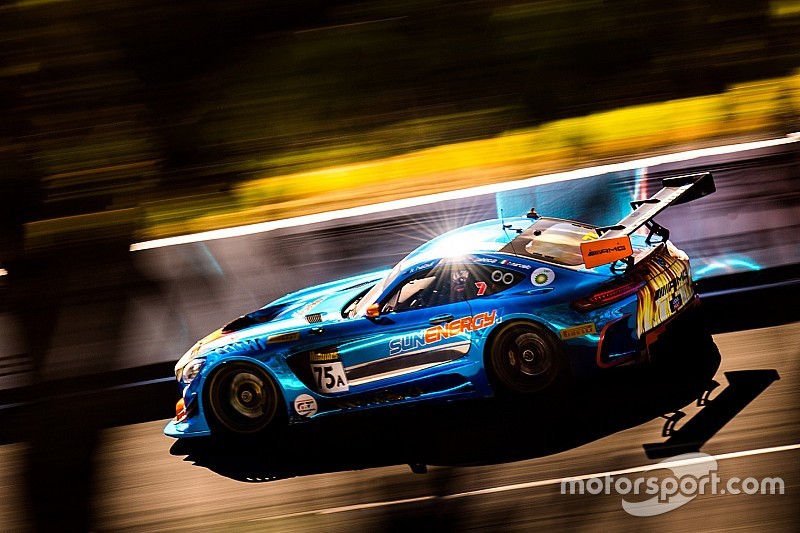 Jamie Whincup says a combination of dizziness from petrol fumes and being unfamiliar with sitting on the left-hand side of the car made for a challenging day at the Bathurst 12 Hour.

Whincup finished second in the #75 SunEnergy1 Mercedes at Bathurst today, but later admitted that he struggled to concentrate when dealing with the high volumes of slower traffic.

He said the biggest challenge was the heat and fumes in the cabin that were leaving him dizzy, while he also suffered from some numbness and orientation issues sitting on the left-hand side of the car.

"To be honest, looking at a mirror on the right-hand side’s a trip out for me," he said.

"I struggle to comprehend what’s behind, because it’s reverse and it’s on the other side, it’s not natural. I look and see a car but I can’t work out which side it is.

"It's all those little things when you’re not perfect in the car. I’ve got dead arm at the moment because I’m just not used to using my left arm the way it should.

"The fumes are a massive factor for this weekend. That ethanol fuel we run [in Supercars] is actually really clean, and you never have any fume issues. But I was actually struggling a little bit with the fumes, for the first time in a long time.

"You’re a little bit dazed from the fumes, the cars are hot, big engines, the exhaust pipe literally runs down beside you in that thing. You’re hot, so a combination of all of those things, you’re coming across slow cars, it’s so easy to have a stack. I was lucky to get through.

"I was making mistakes I wouldn’t normally and I was a little bit affected by the fumes. Not massive, if I was too much I would’ve stopped. That’s fairly common. If you ask a lot of guys, the fumes are a factor."

Race organiser Supercars Australia is reportedly addressing issues with fumes and helmet plumbing ahead of next year's event.