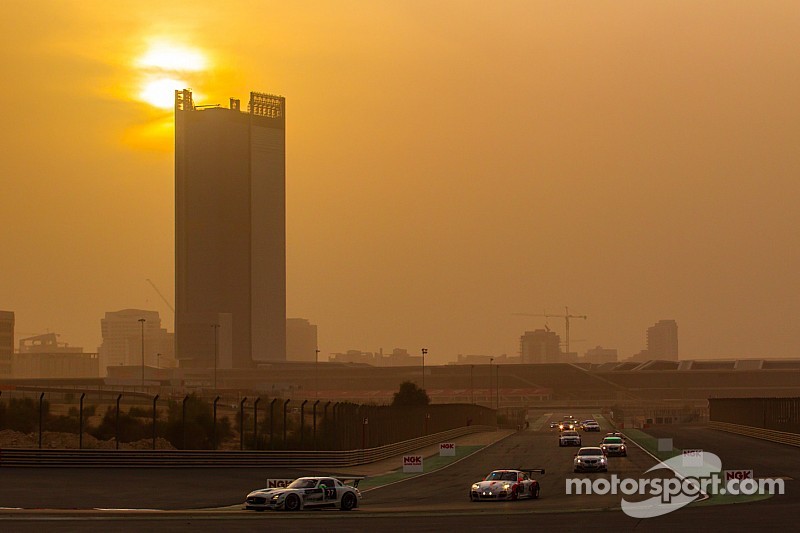 The event at Dubai Autodrome attracted a record field of 96 entries with 89 cars taking the start of the race.

Dubai– Drivers, team members, fans and organisers hailed the tenth running of the Hankook 24H Dubai, the first international endurance race of the new calendar year, as a great success. The event at Dubai Autodrome attracted a record field of 96 entries with 89 cars taking the start of the race. For the first time in its ten years’ history, the entire race was televised live on Motors TV with commentary from Radio Show Limited, the team behind Radio Le Mans.

The race also saw the first involvement in Dubai of Hankook as the title sponsor and exclusive tyre supplier and French watch manufacture, BRM, as the exclusive time keeping partner. Moreover, the race in Dubai served as the season opener of the 24H SERIES powered by Hankook, running for the first time with official FIA International Series status.

“We couldn’t have hoped for a better way to start the season,” says Gerrie Willems on behalf of Creventic. The Dutch agency is the organiser and promoter of the 24H Series powered by Hankook in co-operation with DNRT (Dutch National Racing Team). “With the great interest and the impressive number of entrants, we already knew that our tenth anniversary was going to be a special event, but what we had at Dubai Autodrome this week even exceeded our high expectations.

In Dubai, there is a saying that you come as a guest and you go as a friend.

Starting off with the welcome party and barbecue in the paddock on Wednesday evening, with over 1,400 guests, all the way to the prize-giving ceremony after the race with the trademark camel ride for the winners, everything worked out perfectly. We all came to Dubai to share our passion for motor racing together and we have enjoyed a fantastic event! Many thanks to everyone involved: management and staff of Dubai Autodrome, marshals, officials, drivers and team members, our great event and series partners, media representatives, family and friends.

In Dubai, there is a saying that you come as a guest and you go as a friend. That perfectly sums up our experience over the last ten years, and this year’s tenth anniversary celebration will remain a lasting memory.”

Premium tyre manufacturer, Hankook, was involved as the title sponsor and exclusive tyre supplier in Dubai for the first time. Over 7,500 Hankook tyres were shipped to Dubai and more than 50 Hankook staff members were on site to provide tyre service and technical support to the teams. “This was a great event. Organiser Creventic and the teams have done a tremendous job. We got very positive feedback for our tyres. From the smallest to the biggest teams, everyone was more than happy,” Manfred Sandbichler, director motorsport of Hankook Tires Europe, commented.

French watch manufacture, BRM, were involved for the first time as the official time keeping partner. All the class-winning drivers received an exclusive limited edition 24H Series watch on the podium. This year’s race in Dubai also saw the introduction of the CUP1 class for BMW M235i Cup cars as an addition to the field. Six of the compact BMW touring cars were entered for the race and they all made it to the finish.

“After Dubai, everybody starts with the planning of the season. Many teams have already expressed their interest in signing up for the full series or have entered for Mugello and Zandvoort, but, of course, it is still possible to enter for all the races,” Gerrie Willems says.