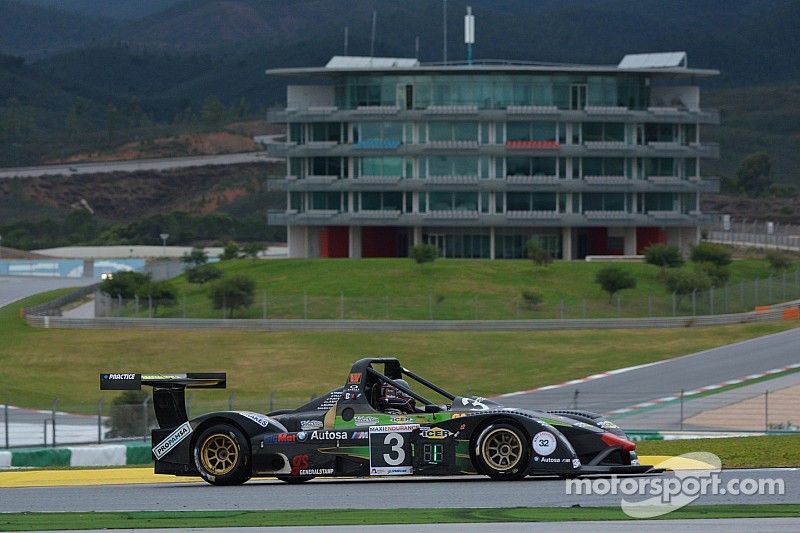 The 32 hour endurance race is nearing the halfway point.

Team Icer Brakes / Avelon Wolf Maxi Prototype still leads in wet / dry conditions despite a hub issue. Maxi Sport Seat Leon and BMW M3 both take turns at the lead but fell back due to repairs.

Autódromo Internacional do Algarve: Rain has continued to be an intermittent but significant element as the first ever MaxiEndurance 32 Hours approaches the 14 hour mark, with the occasional drizzle turning into short and heavy showers, preventing the circuit from ever drying completely in the chilly December evening and complicating tyre choices throughout the field.

The fight at the front

The fight at the front has been punctuated by repairs and lost laps to almost all of the top cars. The Honda-powered Wolf GB08 of Team Icer Brakes / Avelon Formula has led almost exactly 50% of the race so far, but the consistent Maxi Sport entries of Great Britain’s Intersport (BMW M3) and Denmark’s Formula Racing (Seat Leon) have clung to the heels of the lighter car, each leading at different points in the past hours, each suffering from minor but annoying hub / bearing / upright issues, each losing 25-30 minutes while falling back.

At the 10 hour mark, the Wolf had a growing 16 lap lead… but then spent over 35 minutes in a left rear hub assembly rebuild – emerging (perhaps to their own surprise) still 1 lap ahead of the Formula Racing Seat. By 23:00 the gap from the Wolf to the Seat was still only 4 laps, with the plucky M3 just 4 laps further in arrears.

The Cor Euser run BMW 120 diesel – metronomically clicking off the laps and stopping for fuel only every 4 hours has been quietly lurking with intent in either 3rd or 4th place since mid-afternoon – and its sister 318 Cup has un-dramatically locked into 5th place In another story of persistence, the no. 13 Veloso Motorsport Seat Leon has now been running a strong race for nearly 11 hours since its difficult start (3+ hours late after its significant ECU issues) and is continuing to reel in the no. 18 Dale Gas entered Renault Clio.

Victory for AF Corse in the Gulf 12 Hours

24 hours in: The Maxi Endurance 32 Hours at Algarve