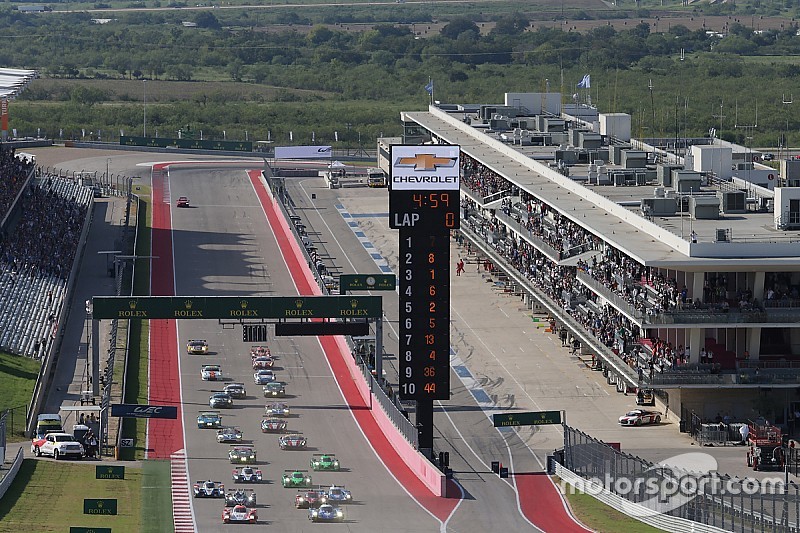 The announcement of this race at the Circuit Of The Americas in Austin, Texas, has been met with great enthusiasm by teams and drivers.

Gennep (28 February, 2017) – Always looking for new opportunities to expand its calendar of 12- and 24-hour races all over the world, Dutch agency Creventic is organising its first-ever race in the US with the Hankook 24H COTA USA (10-12 November, 2017). The announcement of this race at the Circuit Of The Americas in Austin, Texas, has been met with great enthusiasm by teams and drivers. More than eight months before the event, 53 entries have already been received. American teams have expressed their interest as well, so the organisers are hoping for a good international mix of teams. Regulations of the 24H Series powered by Hankook apply for the event, which therefore is open for GTs, touring cars and 24H Specials. Anyone wanting to be part of this unique experience still has the opportunity to sign up for participation in the race. As usual, Creventic will take care of all the logistical details.

The inaugural Hankook 24H COTA USA isn’t counting towards the 24H Series powered by Hankook, but there is a very special prize at stake: the Champion of the Continents title. For teams participating in the races in Asia (Hankook 24H DUBAI), Europe (Hankook 12H Mugello, Hankook 12H Red Bull Ring, Hankook 24H Circuit Paul Ricard, Hankook 12H Imola and Hankook 24H Portimão) and America (Hankook 24H COTA USA), there is a separate classification. Points will be attributed for the results achieved in Dubai and Texas, as well as the best result from the European rounds. The Champion of the Continents titles will be awarded for teams and drivers overall and per class, overall GT and touring cars drivers’ and teams’ titles, as well as a ladies’ cup and a rookie title.

Opened in 2012, the Circuit Of The Americas in Austin, Texas has been the venue for the Formula 1 Grand Prix of the United States for five years already. Other prestigious categories to have raced there are the MotoGP, Australian V8 Supercars, FIA World Endurance Championship, Grand-Am Series, American Le Mans Series and the IMSA SportsCar Championship. The Hankook 24H COTA USA will be the first 24-hour race at the circuit, which stands out for its spectator-friendly facilities including the landmark observation tower and the Austin360 Amphitheater, often used for concerts and other activities. A particular element of the Hankook 24H COTA USA is that, due to noise restrictions during the night, the race will be split up into two segments: the first part on Saturday, 11 November, from 9.00 till 23.00 hrs, and the second part on Sunday, 12 November, from 8.00 till 18.00 hrs.