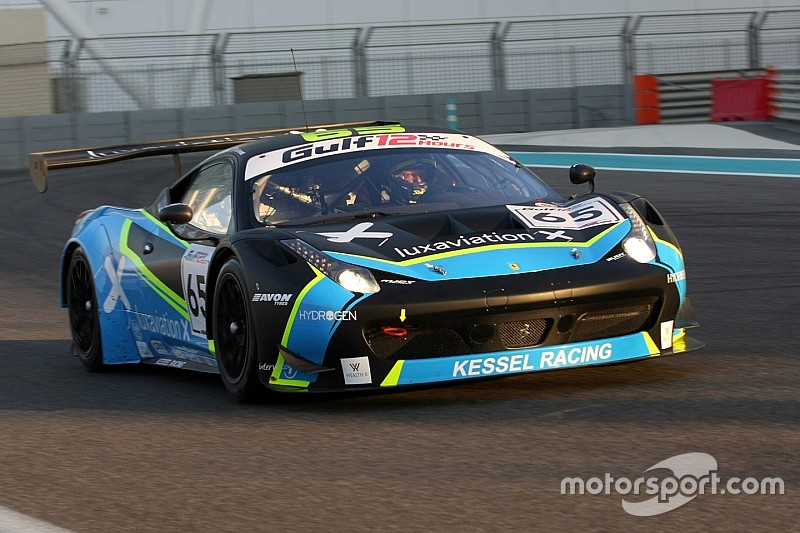 Former motorbike rider three-time world champion is looking ahead to this new challenge.

The former Italian motorbike rider and three-time world champion, Loris Capirossi, is taking to a new kind of motorsport by racing a GT3-car for the first time in the Gulf 12 Hours on Yas Marina Circuit. Capirossi, who retired from professional motorsport in 2011, is looking ahead to this new challenge, racing a Ferrari 458 Italia with Kessel Racing.

You are looking back on an outstanding career. When having competed in professional motorsport for so many years, it is hard to suddenly stop?

Fortunately, I am still involved in Motorcycling, I am involved in a lot of projects, like developing tyres for Michelin. I have a lot of contacts with the riders and many times, I am still riding a bike. When you stop after such a long career you miss the adrenalin. That´s the reason why I still do it. And that is the reason why you are returning.

How often have you tested the Ferrari before coming to the Gulf 12 Hours?

Never. I had a test in Valencia two months ago, just the one day without ever having driven a GT-car in my life before. This is the first time for me at Yas Marina Circuit as well. But it is great, the car is beautiful and competing in such a prestigious race like this is quite something. Plus racing a Ferrari is always something special.

Are you familiar with the Yas Marina Circuit?

I visited about three or four years ago, because I am involved with finding new tracks for MotoGP. So Abu Dhabi called me to come and see the track, but unfortunately for motorcycle races, the layout is too tight.

How did your relationship with Kessel Racing evolve and when was it decided for you to race in the Gulf 12 Hours?

A good friend of mine ask me to speak to Kessel Racing. Racing with Kessel and the Ferrari is a dream come true. The main goal for the race is to enjoy the weekend and to go fast.

But this is not just for fun but also a competition for you?

You know, any sport you do, you are always competitive, and it is never just for fun. Whenever you jump on a bike or into a car, you simply want to go fast. You always raced with the number 65, which is now also featured on your Ferrari.

What is the secret behind this number?

There isn´t really a secret behind it. When I started racing, the organisation gave me the number 65 and I raced with it for two years. When I changed to another class, the numbers changed per race. But when I was first given the number 65, I won the very first race and from that moment it has been my number.

So what´s life like for you after retiring from professional motorsport and what has changed?

Not so much, because I am still involved with my work. But I like to spend a lot of time with my family, I do a lot of sport and I run my own business in Monaco, so I am not bored at all.