Craig Lowndes will team up with factory Porsche drivers Earl Bamber and Laurens Vanthoor at this year's Bathurst 12 Hour. 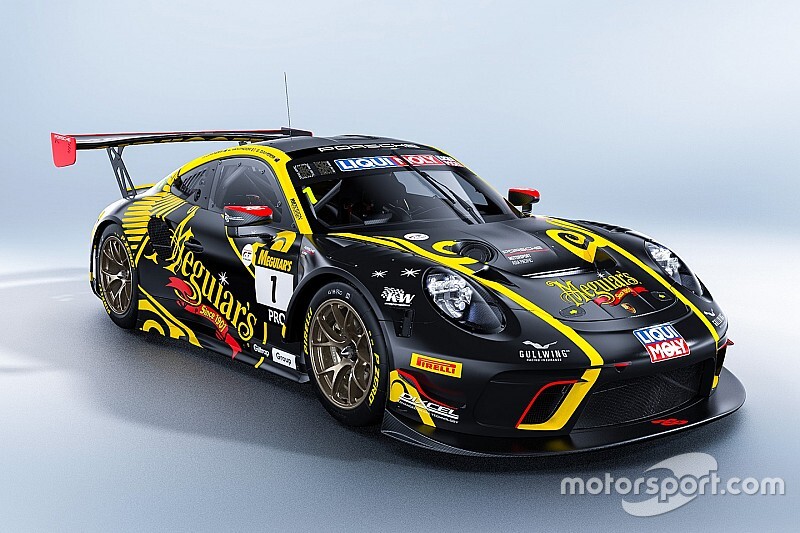 The high-profile trio will drive one of three factory-backed all-Pro 911 GT3 Rs at the round-the-clock enduro, with reigning race winners Earl Bamber Motorsport running the entry.

The other two factory Porsches will be run by Bathurst debutant Absolute Racing.

The race will mark Lowndes' first outing in a Porsche at Bathurst, his two previous 12 Hour wins having come in Ferraris.

It will also rekindle the working relationship between Lowndes and Bamber, which started as Triple Eight teammates during the 2018 Supercars endurance season.

“I’m really excited to be joining the Porsche family for the Bathurst 12 Hour, teaming up with factory drivers Earl and Laurens," said Lownes.

"Earl Bamber Motorsport is the reigning race-winning team so it’s exciting to help them defend their title.

"Earl and I have been teammates in the past and get on extremely well, so with a Belgian in the mix, it should also be a bit of fun too.

"It’s my first time racing in a Porsche and the new evolution 911 GT3 R looks like a weapon, I can’t wait.”

The entry will be backed by premium car care brand Meguiar's Australia, with Bamber thrilled to have seven-time Bathurst 1000 winner Lowndes on board for the race.

"As a team we really very excited to go to the event," added Bamber.

"Obviously last year was amazing to win the race so to be able to return as defending champions for Porsche will be something special.

"As a driver, it will be awesome to team up with Laurens as we had a lot of success in America last year and follow each other all around the world racing.

"We are both really excited to have a legend in Craig Lowndes join the team and drive our car. He is the most successful Bathurst driver on the grid, so hopefully he can bring us some of that Lowndesy magic during the Bathurst 12 Hour weekend.

"The prospect of taking the new-generation 911 GT3 R to Bathurst is also going to be something incredible too and we are genuinely excited to have Meguiar’s come on board as they are such an iconic brand."

The all-Pro entry will be one two cars run by EBM, with the line-up of a Pro-Am entry set to be announced later this week.