Raffaele Marciello says the GruppeM Mercedes squad had a Bathurst 12 Hour win 'stolen' by race officials, and that as a overseas team it was 'treated differently' compared to local crews.

The car served two drive-throughs during the Mount Panorama race, the first coming when Max Buhk was stung for weaving behind the Safety Car on a Lap 143 restart.

The #999 AMG then toured the lane again on Lap 198, thanks to Marciello being pinged for passing under yellows.

The Italian was left fuming by both decisions, claiming that neither were legitimate penalties and directly contributing the delays to finishing third rather than winning the race.

"We had a victory stolen," he told Motorsport.com.

"When they say I overtook under yellow, the yellow was behind me. So that's strange.

"Then Maxi got a drive-through for weaving. I mean, a lot of things happened.

Adding to his anger was the fact that the #888 Mercedes, run by Brisbane-based Supercars squad Triple Eight, was also penalised for a Safety Car infringement, but team boss Roland Dane was able to successfully argue the decision with race officials and have it overturned.

According to Marciello, GruppeM wasn't given the opportunity to plead its case for a reversal.

"I don't want to blame or complain, but the #888 got a drive-through, they were able to argue and somehow they removed the drive-through," he said.

"We got this drive-through, we wanted to speak to the marshal to explain what happened, and they didn't even listen to us.

"We got treated differently [than] the Australian drivers.

"That's a pity. It's a great weekend, so I think they should change the mind of the Australian people to be a bit more open."

Watch highlights from the 2019 edition of Bathurst 12 Hour here. 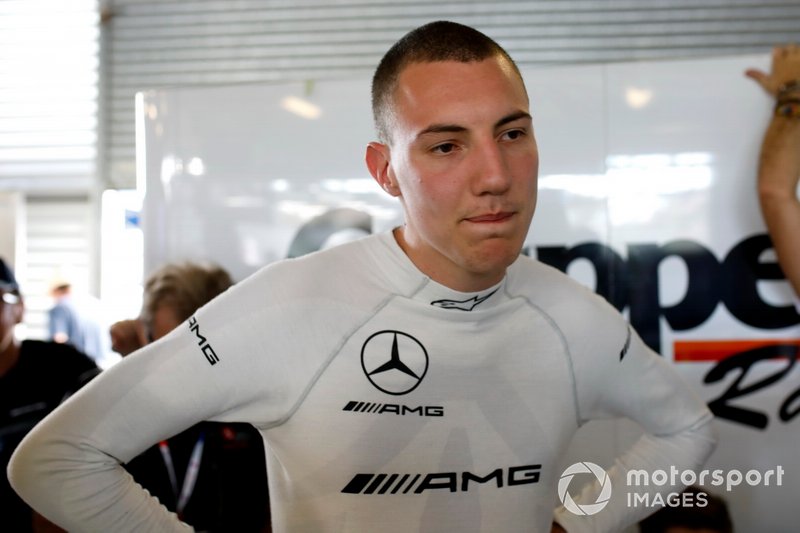 Bamber hails Campbell as a 'star for the future'