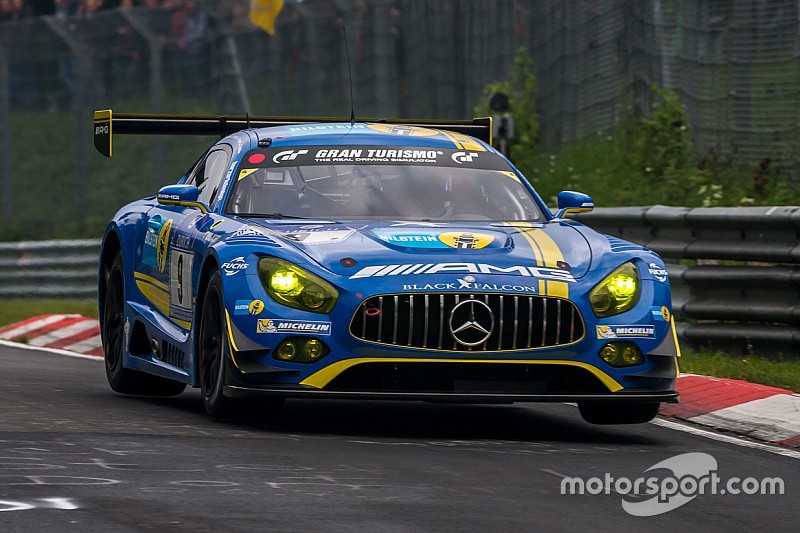 The German in the #9 Mercedes-AMG GT3 lapped the 25km track in 8m14.515 and stayed 1.6 seconds clear of Augusto Farfus in the #18 Schubert Motorsport BMW M6 GT3 to claim pole position for Germany’s most important race.

“Unbelievable,” said Engel after his drive to P1 amid slippery conditions. “My car was just perfect. Our thorough preparation of the tyres was key to win pole position today.”

“However, we now have to finish this race, first and foremost. But we got ourselves into the best possible starting position. This is an advantage, for sure. I’m super happy with this result.”

Behind Engel and Farfus two more Mercedes AMG GT3s claimed third and fourth on the grid, with Maximilian Gotz and Uwe Alzen at the helm of the #88 and #8 Haribo Racing machines.

The #5 Team Phoenix Audi R8 LMS qualified in fifth, ahead of the #999 BMW M6 GT3 of Walkenhorst Motorsport.

The session got interrupted several times due to cars crashing into the guardrail on the still partially-wet track at the beginning of the qualifying practice and due to yellow flags in several corners where cars had been parked after technical issues.

The 2016 edition of the 24-hour race gets going at 3pm local time on Saturday.