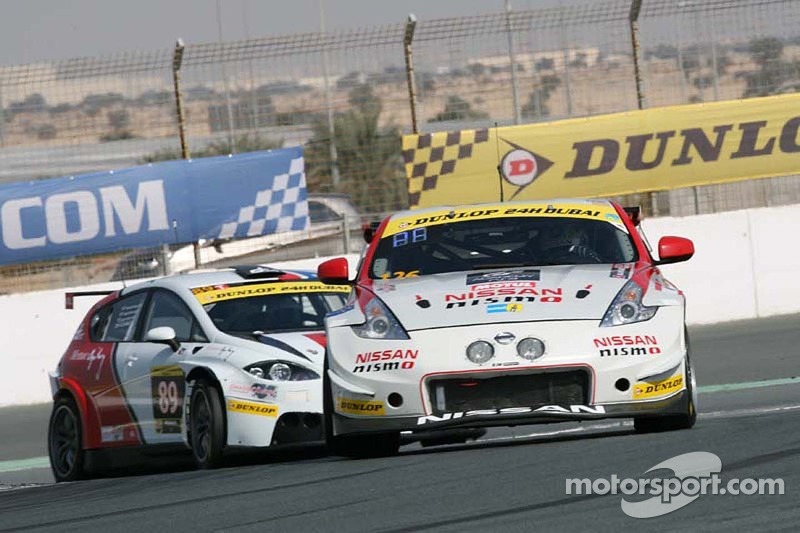 The four newest Nismo Athletes, the winners of Nissan PlayStation GT Academy 2013, along with inaugural winner Lucas Ordonez, stormed to the SP2 class victory at the Dubai 24 Hours today. This is the first Dubai 24 Hours victory for GT Academy winners.

Dubai was the first international race for European winner Miguel Faisca, German winner Florian Strauss, US winner Nick McMillen and Russian winner Stansislav Aksenov, who have all only been racing for three months so to bring the No.123 Nissan 370Z Nismo across the line first after 24 hours of racing was an incredible achievement.

“We came here to gain racing experience and our goal was to finish the race so it is amazing to win,” said European winner, Miguel Faisca. “We have all learnt a lot as it was a tough race with so many cars. There wasn’t a single lap where you didn’t have to overtake or be overtaken. It was a great pleasure to compete in our first 24 hour race.” 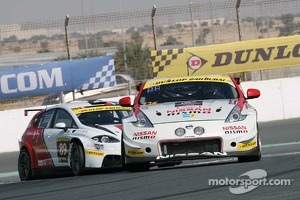 “In the last three years I have finished third, then second and now in first place at the Dubai 24 Hours,” said Ordonez. “It is always a very important event for me and of course for the new winners. This is their first international race so to win it is a dream for them. The fact I have third, second and first is very special for me and I will make sure I line up the trophies at home. As always a big thank you to Nissan, to RJN and everyone involved here.”

The drivers of the Nissan GT Academy Team RJN’s sister car, the No.126 Nissan 370Z Nismo, joined them on the podium, taking third place after fighting back from problems during the night.

Karun Chandhok, James Moffat, Tor Graves and Ashley Oldfield were competing in the ‘international’ car, entered to pose the question of where GT Academy will go next. That question will be answered soon but now it is time to celebrate a double podium finish in Dubai.

“You need luck in a 24 hour race,” said Chandhok. “We didn’t get our share of the luck but we fought back and took a podium finish. It’s a shame we had a few problems as we were matching the pace of the sister car at the start of the race. The podium is a massive reward for the RJN boys so it was good to get it for them. This event has been an education for me, learning about GT Academy. I have only seen it from the outside before and have read about it in magazines. I hope it will launch in India soon. It’s good to see these guys getting the opportunities that people like me didn’t have. They have been given a golden opportunity and they need to make the most of it.”

“It was great to be the first Aussie to benefit from the Nismo Exchange,” said James Moffat who switched from V8 Supercars to a GT car for this race. “I’ve always wanted to do a 24 hour race and I’ve definitely got the bug now. A smoother run would have been good but that’s racing. All credit to the team for getting us back out there each time we had a problem. To get two cars on the podium is a great effort so well done to them.”

“The fact that over the years we have finished third, then second and now first in the race is an indication of how the academy keeps improving in every area, from the way that we approach our racing to the way that we prepare our guys for every challenge they face as new drivers,” said Nissan’s Global Director of Motorsport, Darren Cox. “It’s great that we had nine different nationalities of drivers here and they all finished on the podium. It shows the international flavour of Nissan Motorsport and we look forward to seeing which new markets we will move into next.”