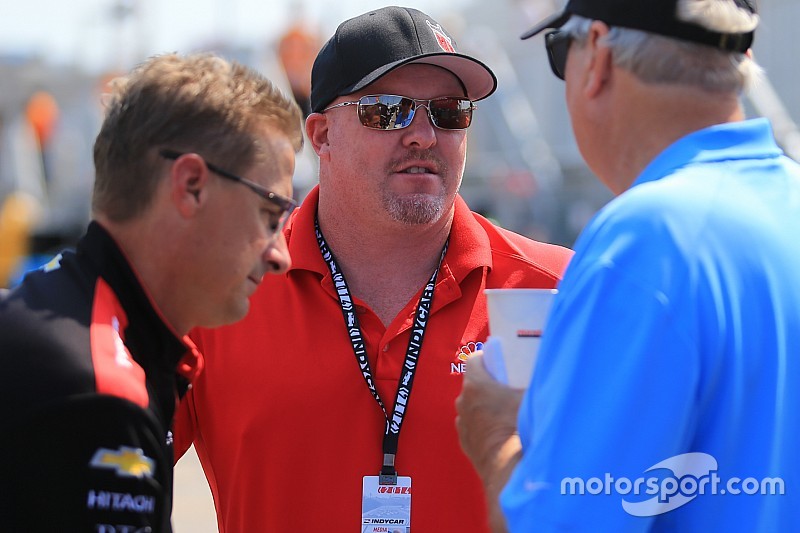 Tracy, who is still in the Top 10 most successful Indy car racers of all time with 31 wins, has competed in a few sportscars, Stadium Super Trucks, Trans-Am and SVRA historic events since retiring from IndyCar racing at the end of 2011.

The 50-year-old has now confirmed that he will return to the cockpit next month, replacing the injured Boris Said in the MARC team’s 615hp Ford Mustang, and race alongside 2014 Bathurst 1000 winner Paul Morris and team owner Keith Kassulke.

Tracy stated: “I’d like to thank Leigh Diffey [NBC Sports motorsport anchorman] for recommending me to Paul Morris as the deal came together quite unexpectedly. In fact, I wasn’t planning to race this early in 2019.

“However, this was just too good to pass up – and what a great opportunity to team with ‘The Dude’, a legend in Australian sports car racing… Morris has won in every class he’s entered at Bathurst and we are expecting to be very competitive and focused on a class win this year.”

Tracy, who was always one of the stockier drivers in open-wheel racing despite endless miles of training on bicycles and gym workouts, has seen his weight fluctuate throughout his retirement. However, he revealed that his keep-fit regimen has stepped up hugely since being offered the chance to race at Bathurst.

“Fitness has been top of mind,” he commented, “as I have just a few short weeks to prepare, on the heels of working the booth at the Rolex 24 Hours at Daytona later this month.

“I’m thrilled to be back in the gym with a real purpose and look forward to seeing old friends Down Under.”

Tracy, who most believe was the true winner of the 2002 Indianapolis 500, then added enigmatically:

“Bathurst is an early beginning to what I hope will be a busy race schedule in 2019, including a little unfinished business… Stay tuned!”

Power calls for IndyCar to get radical with power/downforce equation

Makowiecki: Porsche GTLM team “at highest level I have seen it”