A year ago, we were at the other end of the world in Argentina for the final race of the World GT1 season which saw Hexis Racing take the championship in style. This year, it's Azerbaijan for the French team, led by Philippe Dumas, which came to participate in the City Challenge street battle in Baku leading to a dominating victory for drivers Frederic Makowiecki and Stef Dusseldorp. And without a late mechanical issue for the sister car, Alvaro Parente and Rob Bell could have made it a 1-2 finish for Hexis Racing. The end of the 2012 season has seen win after win for the team. In World GT1, they finished second in the teams championship, with drivers Fred Mako and Stef Dusseldorp coming home also in second place in the drivers championship. Teammates Parente/Demoustier finished the season just outside the top 10.

With the World GT1's calendar getting cut suddenly in the middle of the season, Hexis entered a car in the Blancpain Endurance Series finale held at Navarra in Spain. Once again, they stole pole position and the win from the series regulars. In only three seasons at top level GT racing, Hexis Racing is now a top team in the discipline. Which prompted many questions for the team principal, Philippe Dumas. 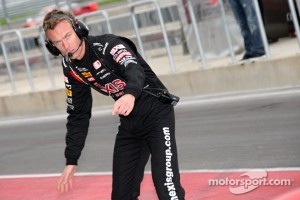 "To be honest, we didn't think the competition would be so fierce from the start. The teams were here to put on a show, but no one let anything go. Everyone took it seriously and so did we. It was for entertainment but also it was a race. I was a bit worried about the tires, because like other teams we were discovering the Hankooks for the first time. We know that the McLaren is sensitive on this level. In the end, everything went well. At the start we had nothing to go on so we started with what we thought was an appropriate set up."

Why run in Azerbaijan?

"We were in touch with the promoter starting in July. Financially, it was difficult to come here because there was also a problem with timing. If we were to do it, we had to find solutions and City Challenge gave us help. And McLaren was open to this new challenge as well. Officials at high levels within McLaren believe in the concept. There aren't Ferraris, Lamborghinis or McLarens in the country, so it helps people discover the brand. Personally I also believe in this kind of racing. The public's ability to get close to the action is very real. Beginning on Friday, there were lots of people. They wanted a show, and they got one. I think City Challenge can grow over time and the concept of street sprint racing is a good one because it marries sport and show. That said, it's a very costly venture." 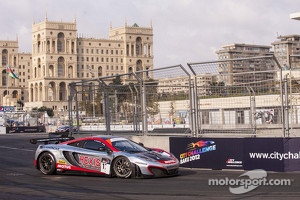 Rob Bell made an appearance in your team for this event. The various driving squads this year have been nearly dream team levels…

"It went very well, Rob is someone who's easy going, nice and professional. There's nothing bad to say. The same goes for Alvaro. Here at Baku, he was here for fun. The two of them know the MP4-12C perfectly. Stef (Dusseldorp) is younger but he quickly integrated into the Hexis team. He continues to learn and he's really a great guy. He's only 22 years old and he really deserves a fabulous career. With Fred (Mako), there's nothing to say, his speed is undeniable. He's got the best stats in three years in World GT1. Respect! As for Grégoire (Demoustier), he's progressed well with three years under his belt. It was an incredible opportunity to have these drivers on our side this year."

The one-off in Blancpain Endurance Series went very well for you. This was a great satisfaction as well?

"We went there very "softly" with an experienced driving squad and a lot of humility. It wasn't easy because we had no previous experience with Michelin rubber. Many people spoke badly of the World GT1 and the problems encountered. In the case of the BES, you shouldn't confuse quantity with quality, because there was definitely quality present. It took us a session and a half to get up to speed, but by the second practice we were dominating. The work was perfect: the team, the drivers, the pit stops, the car. We are proud of that win. The entire package was head and shoulders above the rest. We completed our winter tests down there and the World GT1 had a round there in the spring, which we won, so the track was not foreign to us." 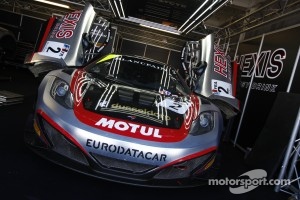 The relationship with McLaren is strong?

"It's perfect and we can't thank them enough. We're starting to have experience and we're becoming a true GT team. Hexis Racing is now well known and looked to. McLaren was a bit surprised by the potential of our small team in terms of ability, but the will to win and the simplicity is there. The relationship is good, as it was with Aston Martin in the past. McLaren gave us precious help and they've always been at our sides to assist. We did some parts development for them and that was very interesting. We're transparent with each other and we don't hide anything. McLaren has helped us and we have helped them, working hand in hand."

Fred and Stef missed out on winning the championship title in World GT1 by one little point. Any regrets?

"None! For us the result was positive. We were expecting a difficult season, but not that difficult. We pushed and we believed in ourselves knowing we started from far back. It may seem strange but my best memory is the Zolder weekend. After the disappointment of Nogaro, we finished with both cars which was like a victory for us. At the end of the championship, we were the most competitive, both in drivers and in teams rankings. We never thought we'd reach second in both championships. The team deserves it. Unfortunately, the #2 had a few too many mechanical problems during the championship races. Alvaro and Greg really deserved better. With the #1, we scored points when we needed to. After Nogaro, many didn't believe in us. There was the hardship of beginning a new season and the separation from Aston Martin after five seasons. We questioned whether we'd be able to take on the challenge. And we also lost our engineer, Antoine. In the end it was our intern, Gautier, who took up the slack. I knew he was brilliant and he acted as a technical director. At 25 years of age, he was able to manage the relationship with McLaren and everything else. We have a cohesive and stable team, which gives us our force." 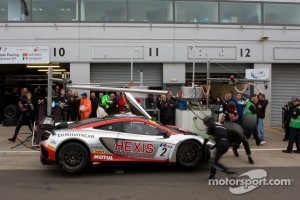 The last three seasons remain good moments for you?

"They were fabulous, and will stay with me forever. Stéphane (Ratel) tried his best, but it didn't work out. So he'll do everything possible to create something else. The places, the races, everything was incredible. We were among high level teams and drivers and generally the championship was professional. Now a page is turning. On the three seasons we competed in, Hexis Racing is the highest place in stats, just as Mako is by far the best driver."

"The future is with McLaren, but I don't yet know how, with whom, or in which championship. With out relationship, we can expect good support even if manufacturers are a bit hesitant with GT3. The 24 Hours of Spa is interesting to us and we'll have to put something together. We still have to explore the options for 2013 keeping in mind the best compromise both in competition and in finances." 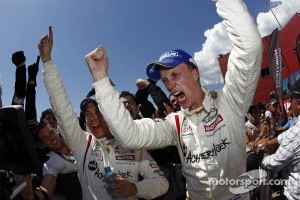 In the past, Hexis Racing has been one of the first teams to announce their plans for the following season. Will this be the case again this year?

"I hope so! Doing so gives credibility. We say it then we do it. If we announce something, it's at 100%, even if it takes time to put everything together. Personally, what interests me the most are the 24 Hours of Spa and the Sprint series organized by SRO. If we stay with McLaren, we hope to do development work. What we did this weekend is also something we like to do, discover new places and things. There's also the 24 Hours of the Nürburgring which make us dream and also the United States, and 12 Hours of Bathurst. For us, the priority is that the team continues the adventure. If we have to take part in a parallel championship, we will. We'll do what we can, to the max and we have to secure our future."

Why not go in to prototypes?

"We're still mastering GT racing, but why not prototypes in the future. If it happened, it wouldn't be haphazardly. We'd rather stay at the top of GT than to go into a category where visibility isn't as good. SRO's concept of the GT3 is perfect and I think there are good years ahead for it. The manufacturers are happy to sell the cars, and I believe in the concept for all countries. There's nothing left to be said on the subject, so why change it?"

"If Endurance racing is your thing, then GTE is very good. Unfortunately, the cars are too restricted and it's becoming a shame. Why not have a single GT class where they let the engines loose a little, and a single prototype class as well. People like GTE, but the cars are too asepticized, both in Pro and Am. It's already confusing in LMP1 with petrol, diesel and now hybrid. Or have one class for factories and one for private teams. Why wouldn't constructors sell cars to private teams. Look at Rebellion Racing, they did a fantastic job this year." 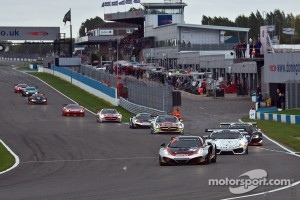 And European Le Mans Series with a GT3?

"We're not interested. Stéphane Ratel did a huge amount of work for GT racing and his championships were just right. We know this year wasn't easy, but he didn't leave us hanging. There are also some drivers who contacted us wanting to drive in GT Tour, in France."

Will the McLaren MP4-12C evolve during the off season?

"This was its first year in competition. It must evolve but cost management is most important. Any improvements will focus on reliability and ease of working on the car. All the teams running the MP4-12C must benefit from it."

Hexis Racing take the spoils in the streets of Baku

24 Hours of Nurburgring - Highlights after restart

Racing Point: There is no exit clause in Stroll's F1 contract