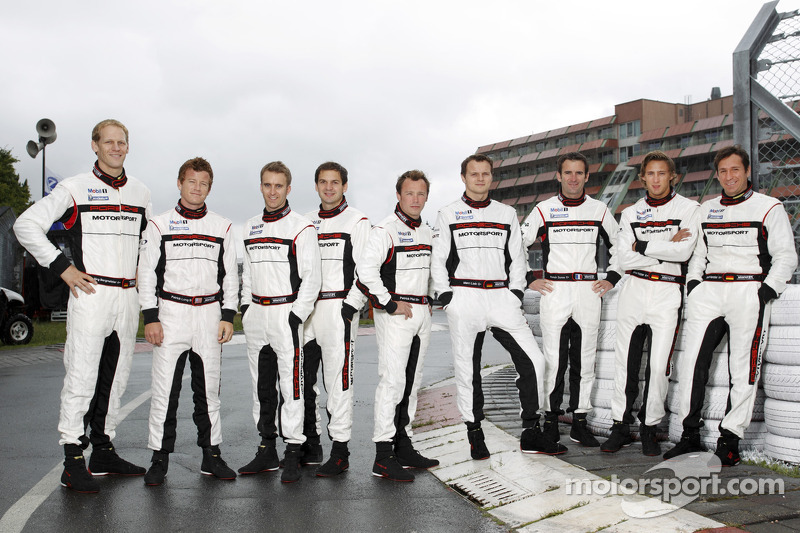 All nine Porsche work drivers still have a valid contract for the 2013 season or their contract was extended.

Stuttgart, December 8th, 2012. Porsche announced on Saturday on the occasion of the end of season “Night of Champions” celebration that, in addition to the promotion of four Porsche Juniors, one pilot from the international makes cups will enjoy comprehensive support for the 2013 season. Frenchman Jean-Karl Vernay (25) who won the Carrera Cup France at his first attempt last season receives funding to the value of 200,000 Euro towards his 2013 Porsche Mobil 1 Supercup campaign. At a test session in Vallelunga, Vernay won over eight other top drivers from the Carrera Cups France, Asia, Japan, Scandinavia, Italy, Australia, Great Britain and from the GT3 Cup Challenge Canada. 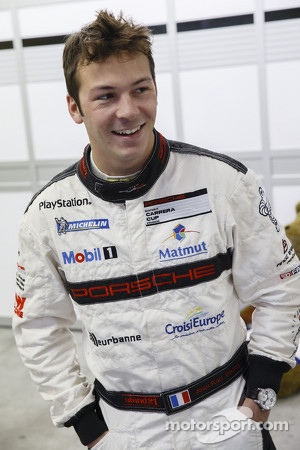 Vernay has already made a name for himself in international motor racing. In 2005 he claimed the championship in the French feeder series Formula Renault Campus and went on to finish second in a Formula 3 single-seater at the Macau Grand Prix in 2009. In 2010 Vernay went to the USA and promptly clinched overall victory in the Indy Lights Series’ in his first season. Peugeot contracted the Frenchman as a test and reserve pilot for their LMP1 project in 2011. At the same time Vernay competed in the Intercontinental Le Mans Cup and was crowned LMP2 champion. “The support from Porsche is a great opportunity for me,” says Vernay. “In the Porsche Mobil 1 Supercup all drivers have to adjust to a new vehicle. For me as a newcomer this means I’ll have a good chance to be competitive right from the beginning. The Supercup is the pinnacle of the Porsche one-brand cups and has a great reputation as a launching platform to enter professional GT sport.”

With its well-established works drivers, Porsche is relying on continuity. All nine drivers still have a valid contract for the 2013 season or their contract was extended. For six of the nine drivers, the 24-hour race at Daytona on 26 January marks the start of the new season. Joerg Bergmeister drives a Porsche 911 GT3 Cup for The Racers Group. With Kevin Buckler’s squad, Bergmeister scored a sensational overall victory at Daytona in 2003 at the wheel of a Porsche 911 GT3 RS. Marco Holzer competes for Alex Job Racing, Marc Lieb again joins forces with Brumos Racing and Richard Lietz drives for last year's winner Magnus Racing. Patrick Long goes racing for Park Place Motorsports and Patrick Pilet competes for the NGT team.

For the Porsche Juniors Michael Christensen and Klaus Bachler the race in Daytona marks the first time in their career that they contest a 24 hour race. Christensen receives support in his campaign from Christian Engelhart and Porsche Cup winner Nick Tandy for the Konrad Motorsport team with whom he contested the Carrera Cup Deutschland in 2012. Bachler is competing for Snow Racing.