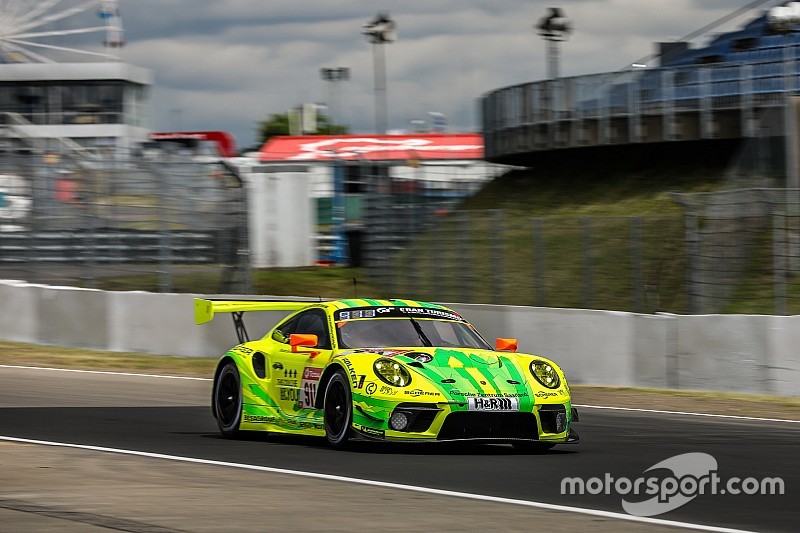 The #911 Porsche shared by Laurens Vanthoor, Earl Bamber, Michael Christensen and Kevin Estre, was found to have irregularities in its engine performance during routine post-race scrutineering checks.

A dyno test showed the car exceeded the 494bhp (including a four percent tolerance) allowed in the Balance of Performance for the German endurance classic. A re-examination using a different method did not produce the values prescribed by the BoP.

The decision to disqualify the #911 crew was communicated almost two weeks on from the conclusion of the race, which Porsche had controlled until Vanthoor incurred a five minute 32 second penalty for failing to respect a slow zone.

Manthey has the right to appeal, and has up to 96 hours (four days) from the communication of the decision to do so.