Williams Formula 1 young driver Oliver Rowland will return to the factory-backed Strakka Mercedes team for the Suzuka round of the Intercontinental GT Challenge later this month.

The 25-year-old will drive one of two pro-class Mercedes-AMG GT3s entered by the German manufacturer's full-time representative in the IGTC in the Suzuka 10 Hours on August 26, having made his debut with the team earlier this year.

Rowland, who is also racing for the Manor LMP1 team in the World Endurance Championship, was brought into Strakka's line-up for an appearance at the Silverstone Blancpain GT Series Endurance Cup round in May.

He will drive at the new Suzuka 10-hour fixture together with team regular Maximilian Buhk and former DTM driver Adrien Tambay, who contested the first BGTS enduros with Strakka.

Buhk is moving over from Strakka Racing's other pro entry, which he has shared so far in the BGTS and at the Bathurst 12 Hours IGTC round with ex-DTM racer Maximilian Gotz and 2005 British Formula 3 champion Alvaro Parente.

Former Red Bull junior Lewis Williamson, who drives the team's pro-am entry in the BGTS, will share with Gotz and Parente.

The two-car pro entry represents an expansion of Strakka's campaign at Bathurst, where it fielded a single entry with an all-professional driver line-up and a pro-am entry.

Team boss Nick Leventis, David Fumanelli and Felipe Fraga will drive the pro-am entry in the Japanese round of the IGTC, which links the Bathurst enduro, the Spa 24 Hours and the California 8 Hours at Laguna Seca.

Leventis said: “I’m really happy that Strakka Racing is heading to Japan with a full three-car attack on the Suzuka 10 Hours.

"We’re very much looking forward to competing in the biggest GT race at Suzuka and we’re aiming for top results in both the pro and pro-am classes.” 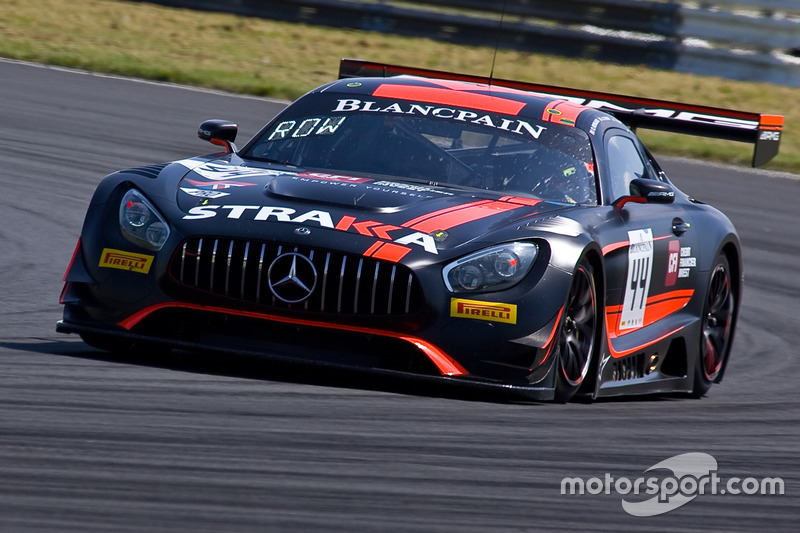