Second row start for Marc VDS at 24 Hours of Spa 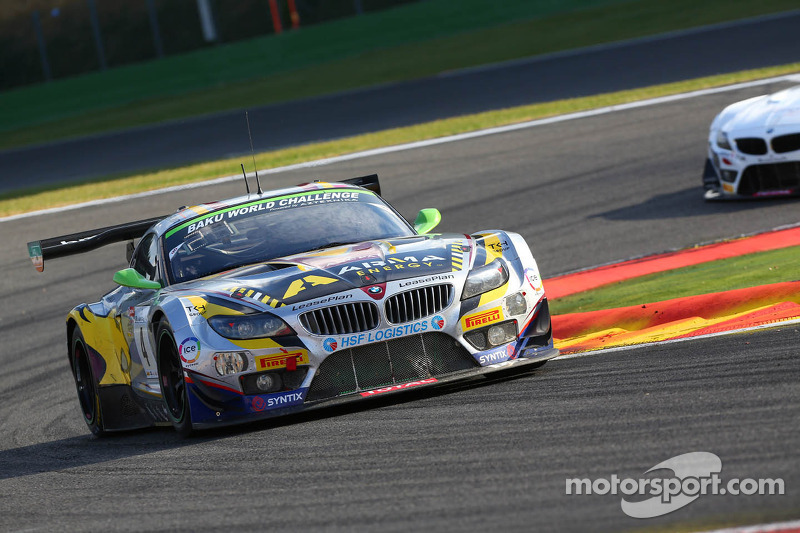 Nick Catsburg placed the #4 BMW Z4 GT3 fourth on the grid for the Blancpain Endurance series 24 Hours of Spa in Belgium.

Spa Francorchamps, Belgium - 26 July 2013: The Marc VDS Racing team will start with two cars in the top ten for the 24 Hours of Spa after showing strong pace in Superpole. #4, qualified by Nick Catsburg, was fourth on the grid and will be shared by Catsburg, Markus Palttala and Henri Moser in the race. Maxime Martin in #3 managed eighth in the car he will share with Yelmer Buurman and Bas Leinders. #14, with Dirk Müller, Andrea Piccini and Jens Klingmann, starts 24th. 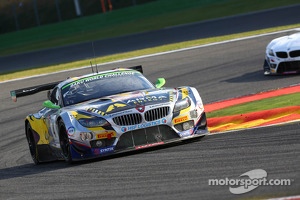 Qualifying on Thursday saw some dramas for all three cars as all suffered damage during the first night qualifying. However, both car #3 and #4 had done enough to make it into the top twenty, and thus through into Superpole in the first session; few other cars improved their times in the second part. #14 was unfortunate to hit traffic in the early qualifying and although they improved in part two, they will start from 24th place.

In sweltering conditions normally atypical of Spa but seen in every session this week, the Superpole format suited Catsburg well. Despite a small mistake in sector one, the Dutchman was rapid in the final two sectors and on his second lap - each driver is allowed two flying laps - he set a time of 2'21.100 which was good enough for fourth place, 0.425 seconds from pole. Martin, meanwhile, didn't quite have the pace in sectors one and three - with long flat out sections - to challenge the front rows and his 2'21.297 meant eighth place.

The 2013 Total 24 Hours of Spa begins at 16:30 local time tomorrow and is live on blancpain-endurance-series.com

Sebastien Metz, Technical Director: "We're fully prepared for this race - it's our biggest target of the season and we've been working hard for months to be 100% ready and we're as ready as we can be. The whole team wants to get going! In terms of qualifying, I'm very pleased to see two cars in the top ten. At a 24 hour race grid places are not crucial - last year's winner started in 29th place so I'm not concerned that #14 is 24th on the grid. Maybe it is a sign to be 24th for a 24 hour race!"

Nick Catsburg, #4 BMW Z4 GT3 "I have mixed feelings. Of course, it's amazing to be on the second row at the 24 Hours of Spa, but I had a good car today and I think I could have gone even faster! We could have made the front row, I think. Still, it's the best qualifying of the season and being on the second row at this race is fantastic. It's a long race tomorrow, but we are well prepared and in a great position."

Maxime Martin, #3 BMW Z4 GT3 "It's not a bad starting position at all. There was a lot of expectation on my shoulders but the single lap pace in the car was not so strong today. It would've been nice to be a little bit further up the grid but we have good pace on the longer stints so I'm not unhappy. It doesn't matter too much whether we start eighth, or fourth, or third... We have a good sector two, which means we're great in corners, but we're losing a little in sectors one and three, which are just flat out, so we'll look at that. It's a long race, so we just need to stay consistent and focused so we'll be OK."