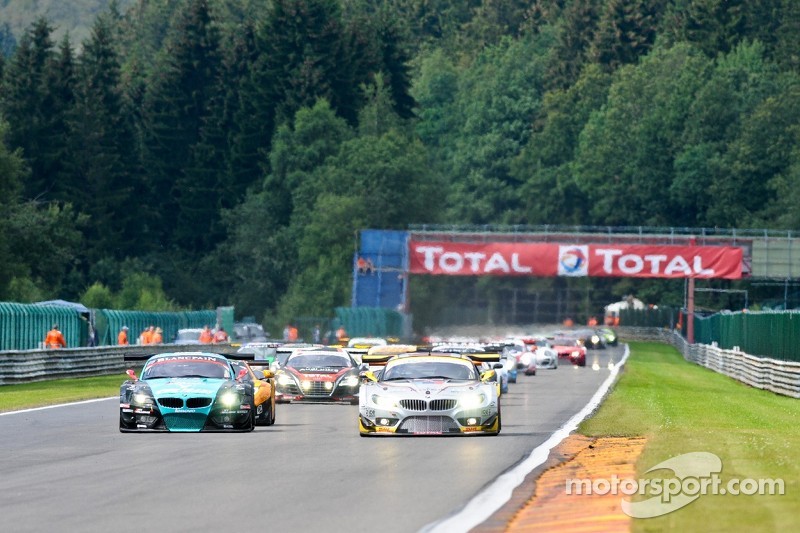 The long awaited entry list for the 2013 edition of the Total 24 Hours of Spa has been announced today during the official test day for the world famous event that will take place over 24-28 July.

The 65th edition of the legendary Total 24 Hours of Spa will see a massive entry of over 70 GT3 cars battling it out on the scenic and challenging Spa-Francorchamps circuit for the honour of being crowned Kings of the Ardennes in 2013. The race is also the third round of this seasons Blancpain Endurance Series and with points awarded after 6,12 and 24 hours, it is make or break time for many of the series title protagonists.

As well as the sensational action guaranteed on the track there will also be a multitude of activities in the special entertainment areas where Internationally recognised DJ concerts, kids activities, karting, open-paddocks, ROFGO paddock museum, giant screens and the famous parade in Spa town centre.

Presenting the 2013 edition today were some of the key players from the 2013 Total 24 Hours of Spa. This is what they had to say about the 65th edition. 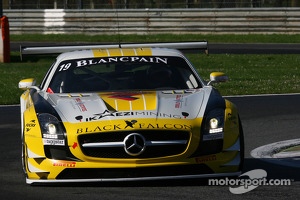 
“The Total 24 Hours of Spa has proved year after year its status as the pinnacle in global GT competition and as one the key fixtures in International races. Growing in quality and quantity to produce what will undoubtedly be the best 24 Hours of Spa in its history, the 2013 edition looks set to be a classic.”

“The field at the 65th edition of the great race will be an accurate reflection of the progress enjoyed by the Blancpain Endurance Series, which has delivered three outstanding races so far this season, won by three separate brands – Ferrari, Aston Martin and BMW.”

“The growth of the PRO Cup class has seen many factory supported drivers distributed between a good selection of top quality teams to create some truly epic fights at the front of the field. These battles have established the Blancpain Endurance Series as the strongest GT specific series in the world.”

“As well as the impressive and strong entry in the PRO-AM class in 2013, I am delighted with the evolution and growth of the Gentlemen Trophy class, which captures the very essence and fundamentals of GT racing.”

“As we approach the Total 24 Hours of Spa I would like to express my thanks to the continued and dedicated support of our friends at Total, Blancpain, Pirelli and the RACB.”


"This 24 hour-race – highlight of the Blancpain Endurance Series – is a mythical event, with an exceptional entry list. Nobody wants to miss this. Blancpain is proud to be partner of this event, an event which combines joy, passion and emotion.

"As usual Blancpain organises several activities for its VIP-guests. Within its hospitality the guests can discover a different facet of the universe of the brand, l’Art de Vivre. Thanks to the presence of a watchmaker the different models can be presented and explained. This year the manufacturer from Brassus has teamed up with the RACB to organise the ‘Blancpain GT Parade’. This parade will take place on Friday and Saturday before the start of the race. The parade will give the owners of powerful GT cars the opportunity to lap the track at the wheel of their own car. 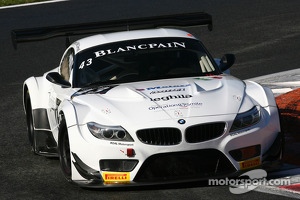 “An important race for Total” “We have been connected to motorsports for quite a while now, especially to the Total 24 Hours of Spa. Under the Fina banner we were present from 1993 to 2006. Since 2007 Total has been the title sponsor of the event, for a number of reasons.

“The Total 24 Hours of Spa is one of the most popular events on the Belgian calendar. It is also an internationally renowned event, a reference among the GT endurance races. Our R&D department has developed a specific fuel for the event, which combines performance and fuel economy. That fuel, used by the GT cars racing in Spa, has also a use in production cars. The Excellium fuel sold in our service stations is a good example of that philosophy.

“As we did in the past we again organise our ‘Scratch &Win’-lottery. Out of the 60.000 tickets available in our service stations, some 15.000 provide a prize. We also support the Belgian WRT Team, again competing with a couple of Audi R8 LMS.”


“For Pirelli we have two levels of technical challenge at Spa. One for the product that has to adapt to different vehicles, different drivers skills, variable conditions and also to guarantee a good level of performance and durability. We are planning to cover the whole event with one dry tyre and one wet tyre that as we have seen in the past events can adapt to the conditions. The second is for the fitting service that has to work more that 24h consecutively without stopping and allowing the teams to always get their tyres on time.

“We’re planning to carry nearly 10000 tyres within wet and dry specs at Spa. We will have 18 trucks and approximately 40 people to manage the weekend.”


“The TOTAL 24 HOURS OF SPA have always one of the most important events on the RACB calendar. Furthermore, since two years the event has been the highlight of the Blancpain Endurance Series. In the third year of the collaboration with SRO Motorsports Group RACB Sport is very proud to be the organising federation of what has become the reference in the world of GT-endurance championships.

“As a sporting federation we can only be delighted by the presence of several Belgian teams. Teams that have proven to be very competitive, since they ended first, second and third in the 2012 championship! Winning a 24 hour-race before one’s home crowd is a very satisfying accomplishment; we can only hope that one of our members will have the honour to do so.

“SRO Motorsports Group is the organiser and promoter behind the event, but through RACB Sport more than 500 volunteers do their utmost best to ensure that the sporting side of the event is taken well care of.”

“Everything is in place to make this 65th edition a true classic. The side events have been upgraded since 2011 and there is a notable increase in attention for this mythical event.”


“Apart from the fact that the 24 hours of Spa is already a very popular event, the sports desk of the RTBF is looking forward to be able to put its mark on the coverage of this world famous event on this world famous track, adored by numerous racing fans.

“This is by far the most important GT-race of the year. This is proven by the important number of manufacturer entries, but also by the impressive number of Belgian racers at the start. Some of them have written history in this event, by adding their name to the prestigious list of winners.

“Even though the race is now part of the Blancpain Endurance Series, it has been organised according to a number of different rules and regulations. It has always been a very popular event though, surely because it is an event that is easily accessible by the whole family or by a group of friends.

“This 65th edition is held during the same weekend as the Hungarian Grand Prix F1. For some, that might seem a disadvantage, but in our programming schedule we have turned this into an advantage: our coverage is scheduled around our traditional F1 timeslot, which means that the number of spectators can only increase.

“Our coverage of the 24 Hours fits neatly in a renewed cooperation with the circuit of Spa-Francorchamps and will inevitably be one of the more important sporting events covered by the RTBF, a coverage that has seen an increased presence of motorsports in 2013.”