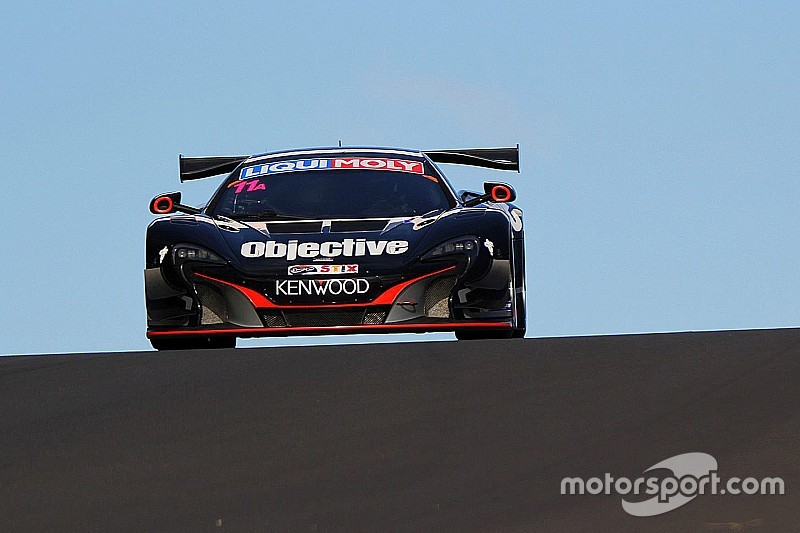 Supercars star Tim Slade and reigning Sandown 500 winner Warren Luff have both been retained by Objective Racing for this year’s Bathurst 12 Hour.

The duo will return to the team’s line-up alongside car owner Tony Walls and hugely-experienced GT gun Alex Davison in the Objective McLaren 650s GT3.

It will be the second year running that Slade and Luff have joined Walls at Objective, the trio one of the front-running squads at last year’s 12 Hour along with Porsche star Matt Campbell.

Luff also partnered up with Walls in the McElrea Racing-run Objective McLaren at several of the long-distance Australian GT rounds last season.

Having performed strongly at last year’s Bathurst event, before an early crash scuppered any chance of a decent result on the Sunday, Walls says he has his eyes firmly set on the Pro-Am prize.

“Barring any mechanical or ‘finger trouble’ or mishaps I think we’re looking strong from a Pro-Am class perspective. And if we don’t fall off the back of the leading train after my stint in the car then I don’t think we’re far off the front of the main game, either.

“Like most years we try to stay under the radar and go about our business.

“Myself and Luffy have done plenty of time in the car. Sladey has plenty of experience and didn’t take any time to get on top of the car last year. Alex is yet to have his first taste but will test next week. He’s got plenty of time in GT cars and will adapt quickly.

“Twelve hours of running with 60 cars is going to make it a pretty interesting day in the office!”

Slade becomes the eighth full-time Supercars driver to be confirmed as a 12 Hour starter, the Brad Jones Racing regular keen to actually turn some racing laps this time around.

“The main aim this year is to go longer and get some laps in the race this year,” he said.

“It’s an event I really enjoy doing. It’s a mega track in a mega car, especially with the amount of high-speed grip they have. It makes it pretty enjoyable.

“It’s also good to get some miles in a race car before our season starts. There’s not quite the same level of pressure at the 12 Hour as there is starting the year in the Supercar at Clipsal and that makes it even more enjoyable.

“Our aim last year was to win Pro-Am and this year is no different.”