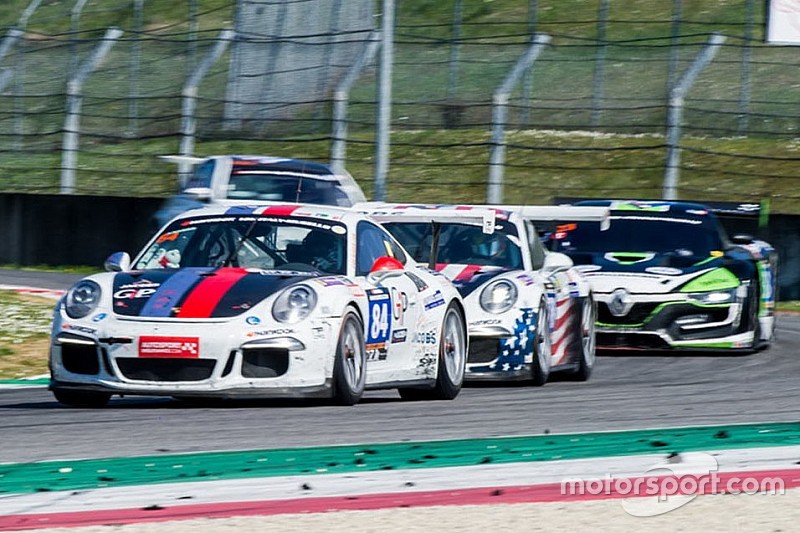 No less than 55 teams have signed up to race at Circuit Paul Ricard with drivers and teams from 26 different nationalities represented on the grid.

Gennep/Le Castellet – This week (July 15-17, 2016), the beautiful Circuit Paul Ricard at Le Castellet in the south of France will be in the centre of the attention from the endurance racing community as the venue will be hosting the second running of the Hankook 24H Circuit Paul Ricard, the fifth round of the 2016 24H SERIES powered by Hankook. It will be the last round before the summer break in the series and once again, valuable points are at stake for a good start into the second half of the season. No less than 55 teams have signed up to race at Circuit Paul Ricard with drivers and teams from 26 different nationalities represented on the grid.

For the first time in history of the 24H SERIES powered by Hankook, a team from South Africa has entered. Having a driver from Senegal is another first. With French driver Romain Dumas, competing with the Spark Motorsport Porsche, one of the winners of this year’s Le Mans 24 Hours will be taking part in the race, seeking to add another success to his recent victories at Le Mans and the famous Pikes Peak hill climb. His team-mate Stéphane Ortelli won the Le Mans 24 Hours in 1998. The aforementioned team from South Africa, Team Africa Le Mans, also has a Le Mans race winner in its line-up with Dutchman Jan Lammers.

A 24-hour race is already challenging enough in itself, but the expected hot conditions at Circuit Paul Ricard, with temperatures in the range around 30 degrees, will be making it even harder for the drivers. Of course, that is part of the fascination of endurance racing, too.

The A6 class, mainly for GT3 cars, has the largest entry with 17 registered teams. Mercedes-AMG customer teams are running the Mercedes-AMG GT3 and SLS AMG GT3 while other teams have entered a wide variety of cars that includes Audi, Ferrari, Porsche, Lamborghini and Aston Martin. The A6 class also includes two silhouette cars, one Renault RS 01 FGT3 and one Vortex 1.0.

Good competition is also expected in the 991 class with an entry of seven Porsches from six different teams. Three further Porsches have been entered in the SP2 class, along with two MARC Cars silhouettes, one Chevrolet Corvette and one GC 10 V8. The SP3 class, mainly for GT4 cars, includes two BMWs, two Porsche Caymans and two Ginettas. Five SEAT Leon Cup Racers will be competing in the TCR class as the top touring car category. The A3 class has a pair of Peugeot 208 GTis, a BMW M3, a Honda Civic Type R and a SEAT Leon Supercopa on the grid. Three BMW M235i Racing Cup cars will be racing for CUP1 class honours while in class A2, one Peugeot RCZ will be facing competition from four Renault Clios.