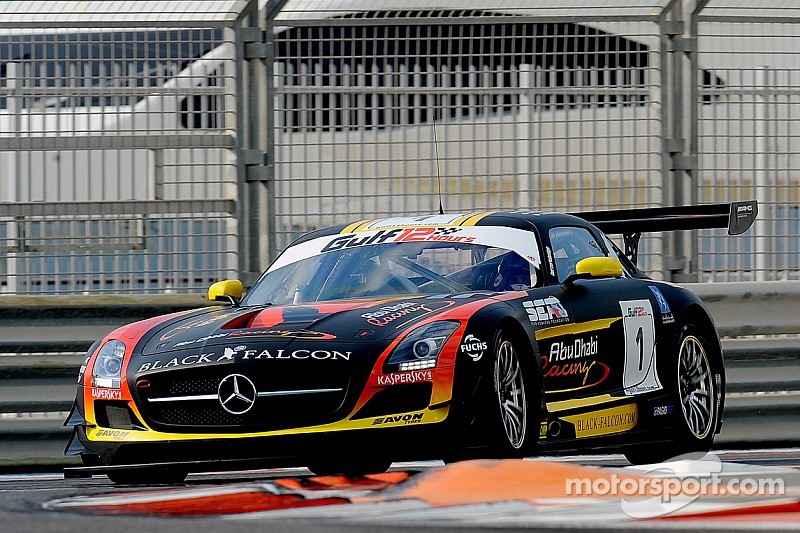 Team Black Falcon seeks to end a formidable 2014 season on a high as it sets its sights on another victory in the Gulf 12 Hours at the Yas Marina Circuit this weekend.

The Gulf 12 Hours is a unique endurance race, featuring two 6-hour races that are separated by a three-hour break in which teams can work on their racecars.

Sean Paul Breslin, Black Falcon’s team principal, believes careful planning is the only way to get things right in this race; he said:

“For us, the race is unique and tough because of the two 6-hour races and the format of the driver stint times. We have to plan carefully to get the formula right, but of course we come here to do our best! We are enjoying the Yas Marina Circuit and looking forward greatly to the race.”

Certainly, Black Falcon’s success in the many races this year can be credited to its brilliant line-up of drivers, so it is only normal for the team to pick some its most experienced racers for the Abu Dhabi event.

Schneider had a low-profile 2014, but the FIA GT and multiple DTM champion wants to end the season on the top step of the podium, alongside his team mate Bleekemolen who finished runner-up in the Blancpain Sprint Series, and Khaled Al Qubaisi who enjoyed a successful season in the World Endurance Championship, finishing third in his category. Schneider, Bleekemolen and Al Qubaisi were the winning trio in the 2013 event, and if there’s any driver combination that can get the job again this year, it’s this one.

Powering the second Black Falcon Mercedes – other than the 6.3-liter V8 engine – are Abdulaziz Turki AlFaisal (KSA), Hubert Haupt (GER) and Richard Muscat (AUS). The former two drivers put on some great performances this year, especially at the Nürburgring 1000km where they finished 3rd overall with the team, while the latter – Richard Muscat – went on to claim the Australian GT Championship title after his first appearance with Team Black Falcon at the Spa 24 Hours.

Team Black Falcon has complete faith in its drivers and in their ability to deliver a second consecutive Gulf 12 Hours victory, in what is the team’s last 2014 appearance.