During the occasion, the head of SRO, Stéphane Ratel, took the opportunity to explain a few of his plans for next season with the FIA GT World Series. Although it was thought he was upset with the FIA, there will, after all, be a title given to the champs of the series by the FIA. This was the idea put forth by the Frenchman during a press conference at this year's 24 Hours of Spa, and that hasn't changed. 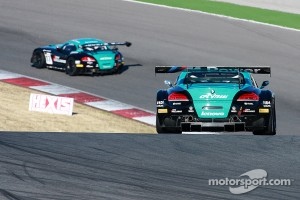 So, fans will have two main championships to see, the GT Sprint and the Blancpain Endurance Series. Teams participating in both will be eligible for the world Teams and Manufacturers title at the end of the year.

Details are still to be released, but expect seven "Sprint Series" meetings and five Blancpain Endurance Series weekends, including the traditional 24 Hours of Spa. In total, this world championship will include 12 events run under familiar formats: two one-hour races in Sprint, and three rounds of three hours in Blancpain, plus one six-hour and one 24-hour race.

The Blancpain series will once again include three classes: Pro, Pro-Am and Gentleman Trophy. In the Sprint Series, Pro and Silver are planned. The Sprint season will begin mid-February in Abu Dhabi at the Yas Marina Circuit. This was where the then-new World GT1 Championship started life in 2010. Then it's on to Nogaro for the traditional Easter Cup at the end of March before heading to Belgium for the Zolder round in the latter part of April, held the same weekend as the Supercar Challenge. In May, the series will continue to Germany, to race on a track to be determined before heading to Zandvoort in the Netherlands for the 14th of July and the Slovakia Ring in August. Finally, in order to have a third continent on the schedule, Brazil is being talked about to close out the season. Personally, and drivers as well, we would like to see the series return to San Luis, Argentina. 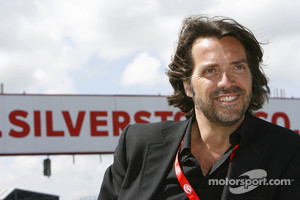 As for teams interested in contesting the entire championship, the major players in the old World GT1 series are likely to respond positively. Those are All Inkl Münnich Motorsport, Hexis Racing, Vita4One Racing Team, Reiter Engineering, Belgian Audi Club Team WRT, AF Corse and Sunred. We also know through reliable sources that HEICO Motorsport would also like to enter the series with Mercedes. At least five other teams have confirmed to us that they are actively working on the matter and would like to join in the fray. Of course, the GT3 cars will be of the party, and it's planned that the number of teams per manufacturer allowed will be larger, which should be a good thing. As Tourist cars have their sprint championship in the form of WTCC, the GT world is looking to have its own version. Critics will say the World GT1 didn't work, but here the proposed package is different and much more attractive.

We know two worlds are colliding, with, on one side GTE and the other GT3. We saw in the International GT Open series in Barcelona last weekend that a well-run GT3 was able to follow a well-run GTE's pace (both from the same manufacturer as well). Last April, Stéphane Ratel told us he would be tenacious, which has been the case. In addition to his tenacity, he also has an endless supply of passion for the sport...

After a wildly busy and successful season, Maxime Martin can relax