The Greatest Challenge’: Jörg Müller on the Nordschleife 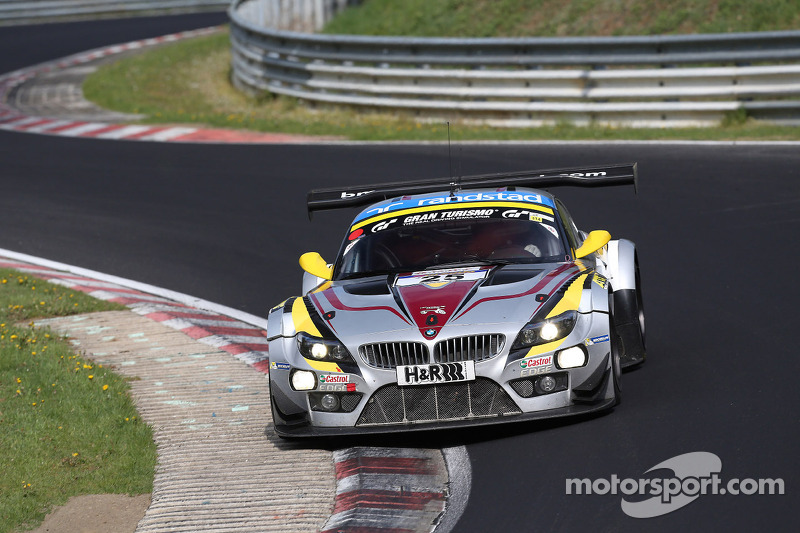 Jörg Müller: "For me, the 24 Hours of Nürburgring is the greatest challenge we have in the racing world.”

Gosselies, Belgium - 15 May 2014: Jörg Müller is a relatively new face at BMW Sports Trophy Team Marc VDS, but he’s no stranger to the Nordschleife. In fact, it’s been 26 years since the BMW works pilot made his 24 Hours of Nürburgring debut. He’s won the race, and won titles and races all over the world. And yet the Nordschleife and the 24 Hours of Nürburgring are the races he looks forward to most. This weekend, he’s in the #25 BMW Z4 GT3 with Uwe Alzen, in the last VLN event before the 24 Hours itself. Alongside the two Germans will be Nick Catsburg, Bas Leinders and Dirk Adorf in #26.

What is so special about this place?

“So the start of the circuit is a pretty standard Grand Prix circuit, then all of a sudden you dive down in a tunnel of trees, and the road goes very steeply down,” Müller says, sweeping his hand to imitate the track. “The car starts to jump, you get very fast corners, with almost no space, trees left and right… It’s just amazing. The best circuit in the world, definitely.” 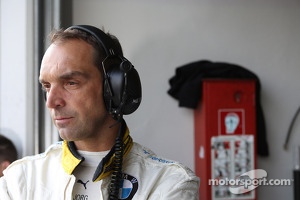 “My favourite section is called Flugplatz – one of these areas where the car gets airborne,” he continues. “The front gets very light, then just after you land you have to turn into a very quick right hander. OK, so I can say that’s my favourite but to immediately pick one favourite is difficult because all these twenty something kilometres are unique and brilliant so, to me, if you can beat the Nürburging you can beat anything.”

The traffic is a different here to anywhere else, even the action packed long distance races he’s used to.

“It’s unique. There’s not one corner you’ll have without any traffic, and you need a lot of experience to deal with that. That’s true of all long distance racing, but especially here, where there’s no run off area. It’s not like on a normal circuit where you have a gravel bed where the car stops and that’s it – you’re gonna hit the barrier, and you might hurt yourself. You really have to be careful.”

Somehow, though, he’s escaped the bad luck that so often blights drivers here and leads to crashes.

Having stood on the rostrum at the Le Mans 24 Hours, he knows what it takes to be successful there – and yet, it’s not as tough as the fearsome Nürburgring.

“I like Le Mans, I like the atmosphere – it’s very nice – but the circuit at the Nordschleife is like day and night. It has nothing in common with Le Mans. OK so there’s some top speed here, like Le Mans, but it’s more these altitude changes and bumpiness of the circuit you have to set up for. It’s a lot bigger challenge. For me, the 24 Hours of Nürburgring is the greatest challenge we have in the racing world.”

Highlight of the year at the Nordschleife