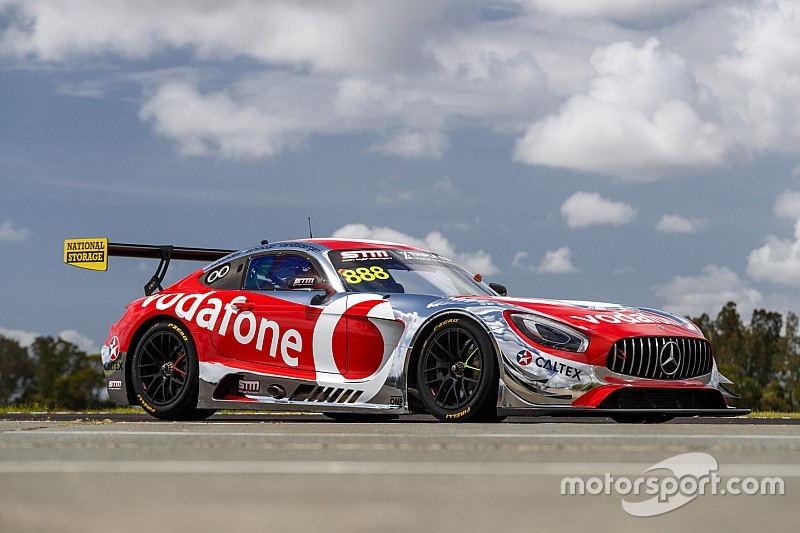 The crack Supercars team has linked up with Scott Taylor Motorsport to run a Vodafone-backed Mercedes for the 12 Hour, with a remarkable driver line-up consisting of Jamie Whincup, Shane van Gisbergen and Craig Lowndes.

Lowndes also has two 12 Hour wins to his name in Ferraris, the first coming in 2014 with John Bowe, Peter Edwards and Mika Salo before he added a second with Toni Vilander and Whincup in 2017.

Van Gisbergen is also a Bathurst 12 Hour winner, conquering The Mountain in 2016 with Alvaro Parente and Jono Webb, and has the most GT3 experience of the three drivers thanks to overseas exploits that include winning a Blancpain Endurance title with McLaren.

Even against a stacked field of international GT aces, Dutton is confident he's working with the line-up to beat this Sunday – particularly given the Bathurst runs they have on the board.

"We've got the best drivers, for sure. That's undisputed... I think, anyway," he told Motorsport.TV.

"It's a pretty exciting circuit. That's why having the most familiar drivers with the circuit and the best at the circuit is a big leg-up. There's a lot of high-level drivers here, more than ever. All of the international teams, it's bigger than ever and it will be harder than ever.

"But definitely, it's a circuit where previous knowledge is a big help."

Just having the best driver line-up won't be enough to guarantee Bathurst success, however, with Triple Eight focussed on what Dutton says is a 'super critical' pitstop process.

He reckons the pressure will be on to nail the stops without having the luxury of the long refuelling times dictated by the minimum fuel drop rules in Supercars.

However, with T8 having run the 2017-winning Ferrari, Dutton is confident the team can adapt once again.

"That said, we did it a couple of years ago, and we've been practising.

"It's actually pretty exciting to being a different type of pitstop, that is super critical. You can't rely on the fuelling time to do the tyres or brake changes as you can in Supercars.

"It throws another element in there. There are a lot of factors that go into the race."

Check out our full coverage from set-up day at the Bathurst 12 Hour right here.