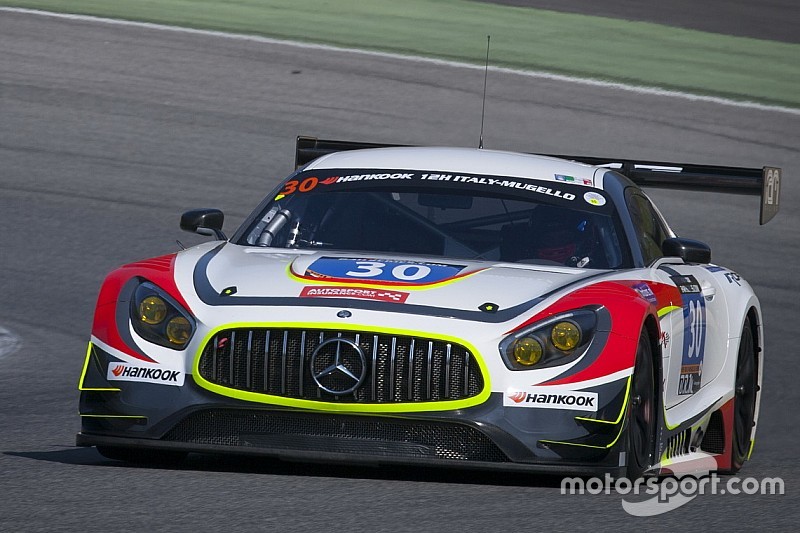 Tom Onslow-Cole lapped the 4.320 kilometres circuit in the Dutch dunes in 1:39.580 minutes and will start the 12H Zandvoort from Pole Position.

Qualifying was split into two sessions of 30 minutes each. The quicker cars out of the classes A6, 991, SP2, and SP3 went first. Classes TCR, A3, and A2 followed. The Car Collection Motorsport Audi with Marc Basseng led the first half. The session was then red flagged after Jeffrey Rademaker had crashed the euro auto sport BMW M3 (#237, Ruud Olij/Jeffrey Rademaker) in the last corner. The car will not be repaired for the race. After the restart, the two Mercs passed the Audi until the end of the session that took place under blue skies and with temperatures of more than 20 degrees.

Several teams struggled in Qualifying and even before. The Massive Motorsport Aston Martin Vantage GT3 (#55, Casper Elgaard/Kristian Poulsen/Nicolai Sylvest/Roland Poulsen) deliberately only did one lap to safe time for gearbox repairs until the start. Casper Elgaard's only run was good enough for fifth place. The Diesel-powered Dutch Saker GT TDI of HTM Racing (#222, Henk Thijssen/Monny Krant/Ton Verkoelen) could not participate in Qualifying due to electrical issues. Already in Free Practice at noon, the GDL team Asia Lamborghini Huracan Super Trofeo (#77, Lim Keong Liam/Khaled Al Mudhaf/Gianluca de Lorenzi) had crashed, did not manage to go out in Qualifying and might even be irreparable for the race.

The Hankook 12H Zandvoort will be started later today at 16.00 hrs. With three hours into the race, there will be the so called "intervention". All cars will go into Parc Fermé until the restart on Saturday morning at 09.20 hrs. As the gaps will be closed, it will be fundamentally important to stay in the lead lap of the respective class leaders.