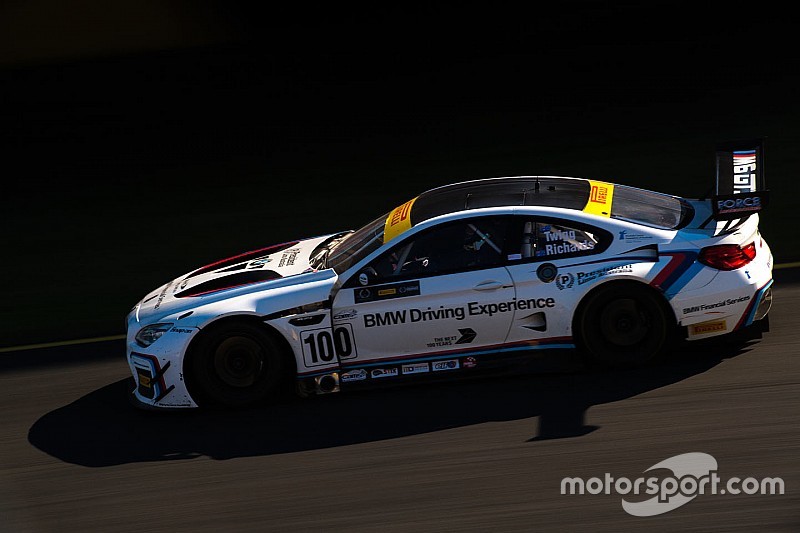 Wittmann, recently crowned as the DTM champion for a second time, has been signed to team up in the lead factory-supported BMW Team SRM car alongside team owner and regular driver Steve Richards.

The pair will be joined in the #100 entry by Winterbottom, a newbie to the Bathurst 12 Hour and GT3 racing, but well-credentialed in that he’s the reigning Supercars champion and won the 2013 Bathurst 1000 alongside Richards for what was then known as Ford Performance Racing.

Glock, meanwhile, will be part of the ‘Bathurst Allstars’ entry, the DTM regular and former Formula 1 driver lining up alongside Aussie legends Mark Skaife, Russell Ingall, and Tony Longhurst.

“It's fantastic that we can announce three exceptional drivers are joining BMW Team SRM for our two-car assault on the 2017 Bathurst 12 hour,” said Richards.

“[Winterbottom] and I have past experience at Bathurst, and share a career highlight together with our win there in 2013. Since then has added a Supercars championship to his CV, so there’s no doubt he’ll help us be in the hunt for a great result in February.

“BMW Group Australia has connected us with BMW Motorsport in Europe to help facilitate the inclusion of recently-crowned DTM champion Marco Wittmann in our driving lineup. As a two-time DTM winner for BMW, and with his experience driving the BMW M6 GT3, he will bring a huge amount to the table at Bathurst.

“With Timo joining Tony, Skaifey and Russell, I couldn't have possibly asked for a better lineup for BMW Team SRM to head to our first Bathurst 12 hour with.”

For both Wittmann and Glock, the trip down under will mark their first start at the famous Mount Panorama circuit.

Wittmann does bring some experience from BMW’s M6 GT3 programme, however, having raced a Turner Motorsport car at Daytona back in January, and a Rowe Racing M6 at the Nurburgring 24.

“It is very exciting for me to be making my first start at the Bathurst 12 Hour. I have never been to Australia before, so there are a lot of new things awaiting me. And I am really looking forward to them.

“At the moment, I only know the circuit from computer games. It is iconic, and it’s sure to be a lot of fun to drive. I can hardly wait to do my first laps there in the BMW M6 GT3.

“I already know the car very well from my GT outings at the Nürburgring and in Daytona, and hope that I can use my experience to help the team.”

Glock is not stranger to racing in Australia, having started five Australian Grands Prix in Melbourne, but is less familiar with the M6 GT3.

“It is fantastic to be back racing in Australia after a few years away,” he said. “I love the country and the people. I always travelled to Formula 1 races a week early, in order to do a bit of sightseeing. The Australian GP in Melbourne was my favourite race.

“I have not driven at Bathurst before, but the circuit is legendary. I am really looking forward to the challenge and my first race in the BMW M6 GT3. Hopefully we can get a good result for BMW and the team.”

For Winterbottom, the Bathurst 12 Hour’s switch to a Pro-Pro format – with no more requirement for an amateur driver – was key in his decision to sign a deal for the event for the first time.

The other key factor was being able to team up with his old teammate ‘Richo’ again.

“GT3 cars are obviously very cool to drive, and having all-professional line-ups in the top cars really makes it feel like a proper race to me,” he said.

“It’s changed my whole view on it. To have all these well-credentialed drivers going at it for 12 Hours, that’s going to be very cool to be a part of.

“Richo is easy to drive with, and working with him will make it an enjoyable week. It’s good when you know someone and you’ve worked with them before. I really enjoyed all the times we raced at Bathurst together in the past, and that was one of the things that made the decision easy for me.”