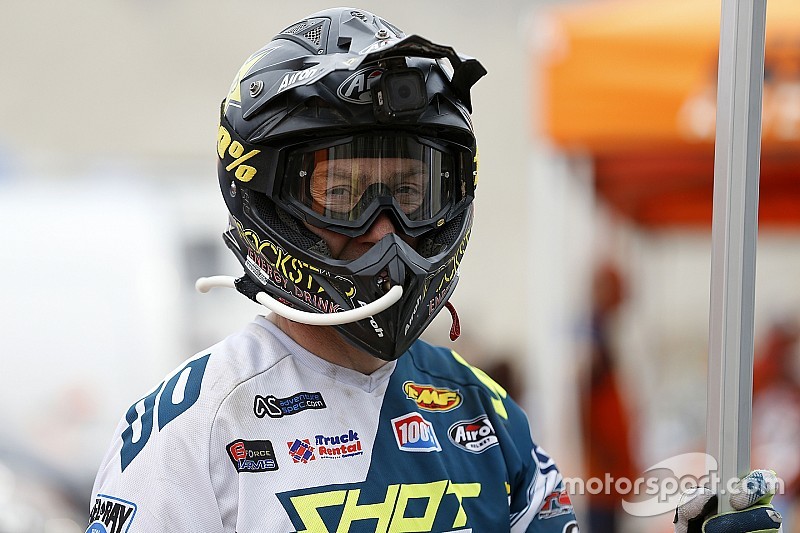 Graham Jarvis is one of the most experienced riders in the Roof of Africa event, but the 41-year-old British Husqvarna rider reckons that it will be tough to come out on top this year.

The three-day event in Lesotho kicks off on Thursday with a 3.6-kilometre street course in Maseru and a time trial in the afternoon, followed by two long days of rough terrain in the mountains.

The 48th edition promises to be one of the toughest ever, as some new routes have been described as ‘complete horror' during the welcome ceremony.

"You never know exactly as you need to get out there to see what it is really like. But we know it's going to be difficult and days will be long," Jarvis told Motorsport.com.

Riders will tackle various passes full of rocks, followed by steep descents and open terrain that will allow them to race at full speed as well. They will reach a top of almost 3,000 metres and the weather will be most sunny and around 30 degrees Celsius. Competitors race over 425km in total.

"As always, the biggest challenge is getting to the finish, that's the goal," Jarvis continued. "And to finish first, you first need to finish. The heat, altitude, rough terrain, it all together makes it hard."

Jarvis has won the event three times and enjoyed a successful 2016 campaign after winning three other hard endurance challenges. But the British rider reckoned it won't be easy.

"Some parts might be familiar but I don't remember it that well," he added.

"There will be some new tracks and some new guys are going to ride fast as well, others are getting quicker so the competition will be fierce and it is only getting harder. And I'm getting a year older too," he laughed.

He considers several South African and international riders as his main rivals.

"Travis Teasdale is one of them and Alfredo Gomez [Spain] is here too, he'll be strong," said Jarvis. "Billy Bolt is also one of the riders who can do it.

"However, it's a shame that Wade [Young, two-time winner] isn't here as he would have been a competitor that can win."