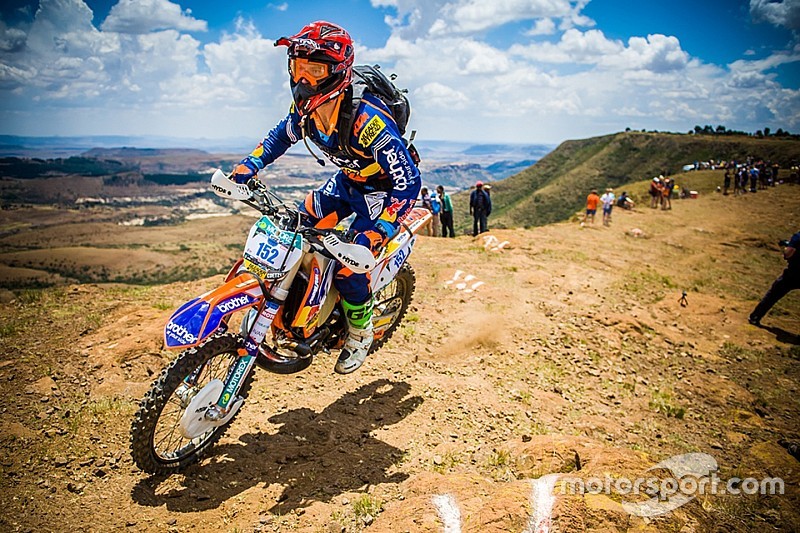 The Motul Roof of Africa off-road competition in Lesotho is considered as one of the toughest challenges a motocross rider can face. A three-day endurance race with an international line-up is about to start.

It’s called ‘the mother of hard enduro’ for a reason. The Roof of Africa is being held in Lesotho, a small country with a similar size of Belgium that is surrounded by South Africa.

The characteristic rough terrain at an altitude between 1400 and 3000 metres consists of rocky mountain passes, alternating with open terrain.

The international presence is notable on the list of competitors. Graham Jarvis, a British veteran and three-time winner of the event, is among the favourites for victory.

With his Husqvarna motocross machine, Jarvis will battle against an armada of KTM riders, like the 42-year-old German veteran Andreas Lettenbichler and Alfredo Gomez. The 27-year-old Spaniard has won several championships and scored podium finishes in various hard enduro events.

Austrian Lars Enockl is labelled as another likely candidate for a top spot, having recently won another hard enduro event. They encounter opposition from British rising star Billy Bolt, who makes his debut.

South African riders are making up the majority of the starting order, but one rider will be missed. Wade Young, a two-time winner of the event – first in 2012 as a 16-year-old – was forced to cancel his participation as he is still recovering from an injury.

That leaves riders like Travis Teasdale, Brett Swanepoel, Kenny Gilbert and Altus de Wet up to the task of securing a win on familiar ground.

The action starts on Thursday with a street race in Lesotho’s capital city Maseru, and finishes on Saturday after two days of off-road racing. The competitors will cover over 425km.