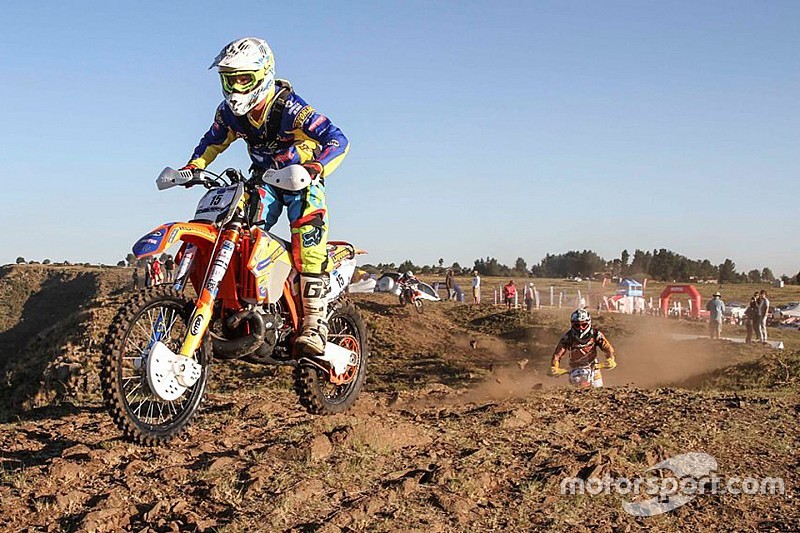 South African Brett Swanepoel beat British veteran Graham Jarvis on the first day of Motul Roof of Africa, an endurance motocross event that is considered as one of the world’s toughest.

The day started with a 3.6-kilometre city course with its start and finish at the Maseru Club soccer field, after which the competitors drove three laps though the streets in the area.

In several heats the riders set a time that would be combined with an off-road individual time trial of 53 kilometres just outside of the capital city.

The ‘round the houses’ race was won by Frenchman Marc Bourgeois, making his debut in the event. The Yamaha rider lost ground in the following time trial but was ranked 15th out of 77 riders in the gold category.

Three-time Roof of Africa winner Graham Jarvis was the fastest in the time trial, but the margin of the Husqvarna factory rider over Swanepoel wasn’t enough to finish the day in first position. Swanepoel leads by just four seconds.

Third overall was South African Travis Teasdale, who was second in city event and third in the time trial, coming one and a half minute short.

“It takes one and a half hour maximum, that’s what they said during the briefing. But it took nearly two hours,” KTM rider Andreas Lettenbichler told Motorsport.com while holding an ice pack on his right wrist.

“It was a nice flow in terms of riding with some passes up and down. I only have some problems with my wrist. I had one big crash and I don’t know what happened. Hopefully it will be better tomorrow.”

Kirsten Landman, the only gold class female rider in the competition, said: “It was a bit of everything today. It was fast, it had some technical parts and it was quite long as I didn’t expect that it would be that long.

“I did push today as hard as I could, both on the flats as well as on the tech parts. I’m happy as I finished safely.”

“I’m excited for tomorrow as I think it is going to be the hardest day for us. So, to get through tomorrow is everything."

The first riders are leaving Bushman’s Pass at 6am. Riders will face a technical part first, followed by gravel and several passes that hold steep climbs and challenging descents.