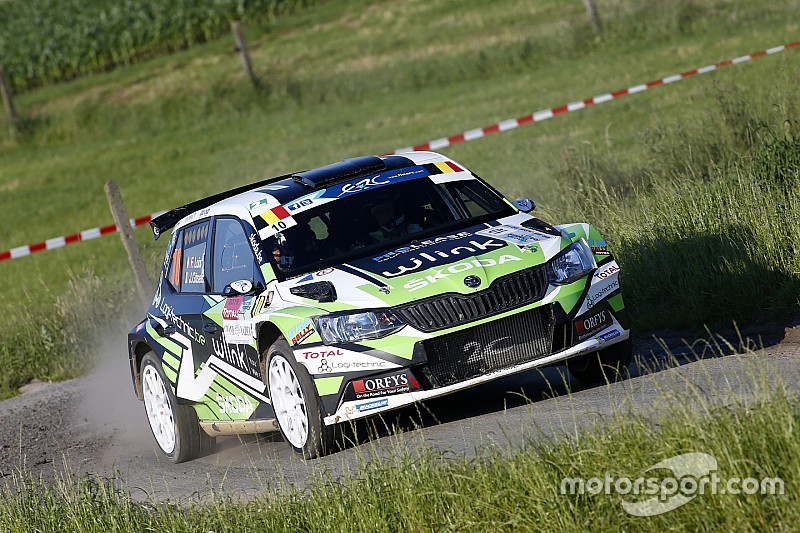 Freddy Loix has taken victory in the 2016 Ypres Rally to secure his fourth consecutive - and 11th overall - victory on home soil.

The 46-year-old took the lead at halfway point of Saturday after gearbox problems prompted the retirements of both Bryan Bouffier and Stephane Lefebvre.

Lefebvre, who is part of Citroen's WRC outfit, had a slow start to the rally as he was forced to miss the pre-event qualifying stage due to issues with the car.

However, unlike fellow WRC driver Ott Tanak who had to withdraw due to mechanical gremlins, the Frenchman could still participate in the rally.

The opening stage saw the retirement of another protagonist in Alexey Lukyanuk as the Russian rolled and, as such, failed to take advantage of title rival Kajetan Kajetanowicz skipping the event.

Bryan Bouffier was the early leader, concluding Day 1 with three stage wins, but Loix was only 6.9s adrift with three others just half a second behind.

Loix took the lead in the first Saturday test and, despite keeping the gap at fewer than 10 seconds, Bouffier saw his day end prematurely due to a faulty gearbox.

The leader then came under pressure from Lefebvre as the Frenchman proved unbeatable in the first six stages of Day 2.

He closed the gap to just five seconds with four stages remaining only to stop in SS14.

Loix then inherited a 45s advantage, which he extended to over a minute by the end of the rally.

The podium was completed by fellow local drivers Kris Princen and Bernd Casier with fifth and sixth places also taken by Belgians in Vincent Verschueren and Pieter Tsjoen.