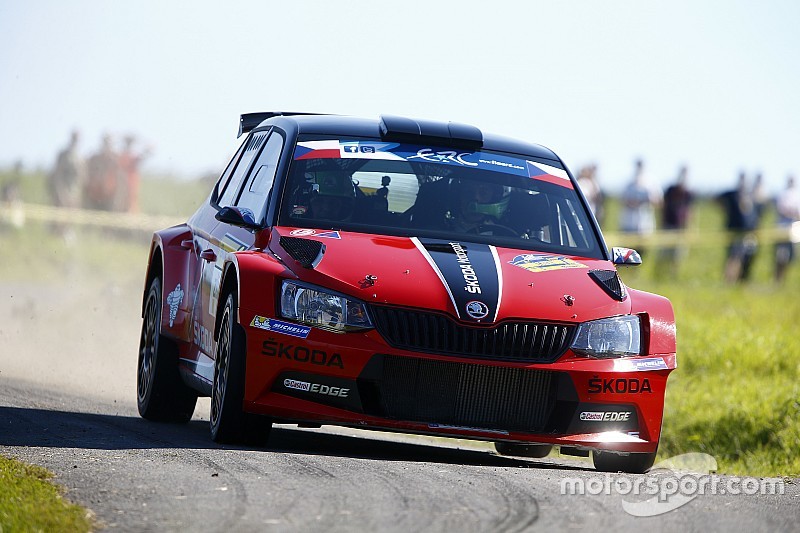 2013 ERC champion Jan Kopecky was victorious on home soil in Rally Zlin as Kajetan Kajetanowicz took a step closer to his second title in the series.

The rally kicked off with Kopecky winning the opening stage just ahead of Alexey Lukyanuk, as the duo's close fight continued throughout the event.

Kajetanowicz meanwhile fell out of contention at the beginning of Day 1 due to an engine problem.

Kopecky took the early lead with four stage wins and, despite not finishing lower than second during the day, his biggest lead over Lukyanuk was only nine seconds.

He beat the Russian by eight seconds on the first Sunday stage, but ended up overshooting a junction during the next run, allowing Lukyanuk to close back in.

The gap remained less than 10 seconds until the final stage, when Lukyanuk made an error and the lengthy repairs his damaged steering wheel required saw him drop outside the top 10.

That allowed Tomas Kostka, who recovered from damage to his suspension earlier on, to take second with Jan Cerny and Pavel Valousek Jr. completing an all-Czech top four.

German youngster Fabian Kreim finished fifth to become the only non-Skoda entrant in the top eight, edging Martin Vlcek out by just 1.8s.

New ERC start Ralfs Sirmacis, who won the gravel rallies of Estonia and Greece, made his ERC debut on asphalt but a roll ended his rally prematurely.

Another high-profile entrant, Bryan Bouffier, spent the rally within the top four until the final leg, when an engine failure forced him to retire.