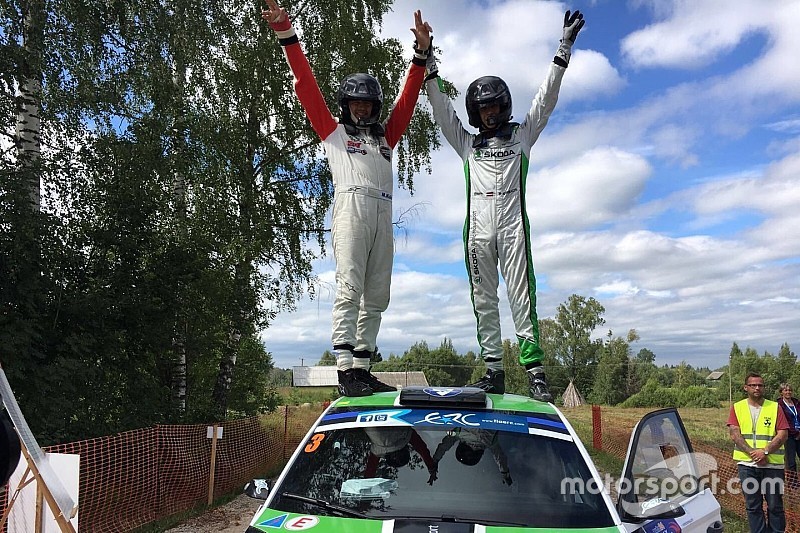 The duo dominated the event, having won 15 out of 16 stages with Lukyanuk taking the lead in SS1 and staying there until SS15.

Sirmacis was the only one to stay close the Russian but the gap was slowly increasing to as much as 28 seconds by SS14.

However, Lukyanuk failed to complete the subsequent run and was forced to retire, giving Sirmacis the victory.

Kajetan Kajetanowicz soon fell out of contention for the win after struggling with power steering issues and receiving a 10-second time penalty for a gearbox change.

He ended up 1m34.5s adrift as he collected his fourth podium of the season.