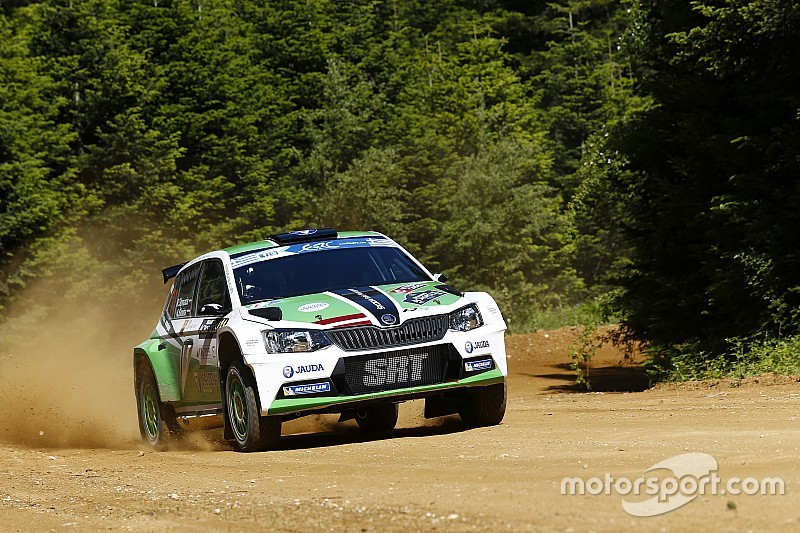 Sirmacis, 21, became ERC Junior runner-up in his first full-time international campaign last year and stepped up to the main class for 2016.

Winning the first stage of the Greece event, the Latvian established himself in the lead for most of Day 1 only to end up two seconds behind Lukyanuk, who was slowed by a puncture in SS2.

Kajetanowicz, meanwhile, having finished second in both Spain and Ireland, was quickly out of contention as he rolled in SS1, losing 14 minutes in the process.

Lukyanuk suffered a second puncture in the opening Sunday stage, allowing Sirmacis through.

The youngster completed a drama-free rally to take his maiden ERC almost three minutes in the clear.

Local driver Lambros Athanassoulas inherited second but was in danger of losing the runner-up spot in the final stage when he caught up the crawling Peter Ranga.

He ended up just one tenth ahead of Jaromir Tarabus to secure back-to-back podiums on home soil.

Tomasz Kasperczyk took seventh, followed by Kajetanowicz, who recovered with eight stage wins out of 12.

The top 10 was completed by Paraguayan Jose Luis Rios and Lukyanuk.

Kajetanowicz leads Azores Rally by a second after Day 1