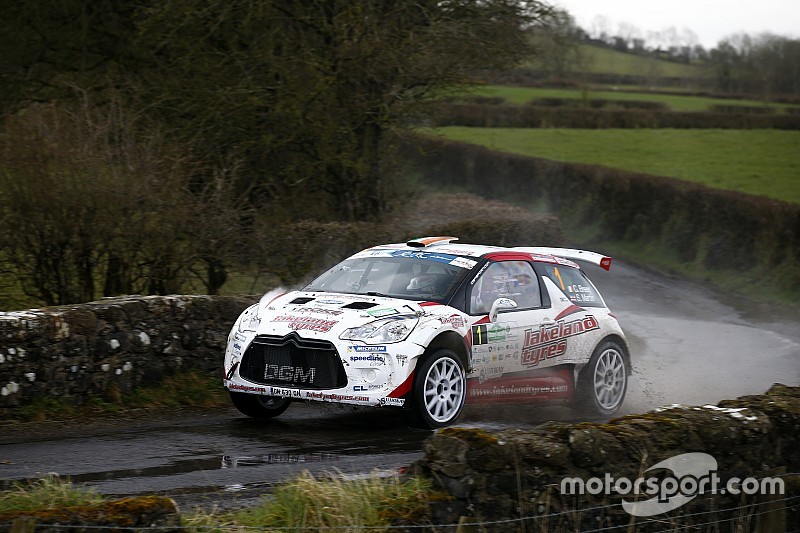 Breen, who drove a Citroen to his best-ever WRC finish of eighth earlier this year, kicked off the rally second behind Elfyn Evans after the first two stages.

However, Evans was forced to retire in SS3 with an overheated engine and dropped out of contention.

He was back on Day 2 to add a further four stage wins to his tally but failed to complete that day either after a crash.

While Breen maintained a lead of nearly half a minute through the first day, his advantage shrunk to just eight seconds over the course of three stages on Saturday.

Picking up the pace, he beat Kajetanowicz twice before suffering a puncture and only ending up ahead by five seconds with two stages to go.

Breen doubled his lead by winning SS13 and, despite losing 40 seconds to the winner in the final test, he stayed ahead of Kajetanowicz.

Northern Irishman Alastair Fisher completed the podium, having spent the rally less than 30 seconds behind the leader before losing some time in the penultimate stage.

While the former went on the finish fourth after mechanical issues stymied Martin McCormack, Sam hit a rock in SS9 and was forced to retire.

ERC veteran Jaromir Tarabus was set to take fifth with but failed to finish the last stage, giving British duo Jonathan Greer and David Bogie fifth and sixth as a result.

The Fords of Tom Cave and Stephen Wright ended up seventh and eighth with Joseph McGonigle completing the top 10.

With Alexey Lukyanuk, winner of the season opener, crashing in a test on Monday and skipping the rally as a result, Kajetanowicz became the new championship leader.