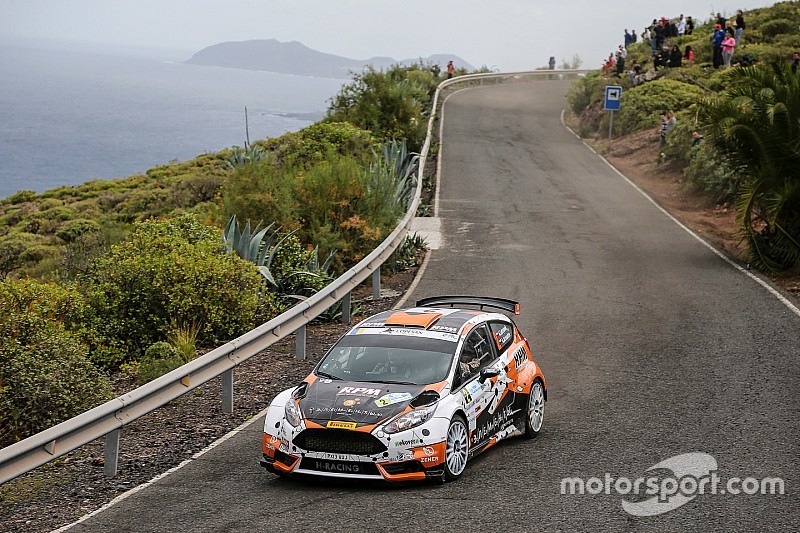 Alexey Lukyanuk kicked off his 2016 ERC campaign by winning the Canary Islands Rally, stealing the lead from Kajetan Kajetanowicz on the final day.

However, the 36-year-old Pole made the mistake of setting his tyre pressure too high for the morning loop of Day 2 and dropped back to second, having nearly destroyed his rubber.

Lukyanuk, third in the series last year, inherited the lead with a gap of 36.7s as a result and cruised to the finish in the afternoon.

Kajetanowicz had to settle for second, with local driver Luis Monzon completing the podium on his second appearance in the event since 2003.

Robert Consani made it home in fifth despite struggling with brake issues, ahead of ERC2 winner Wojciech Chuchala and Jaroslaw Koltun.

Hungarian Janos Puskaldi finished eighth, followed by the Renault of Surhayen Pernia and the Ford of Tomasz Kasperczyk.

Ostberg crashes out of lead on ERC debut