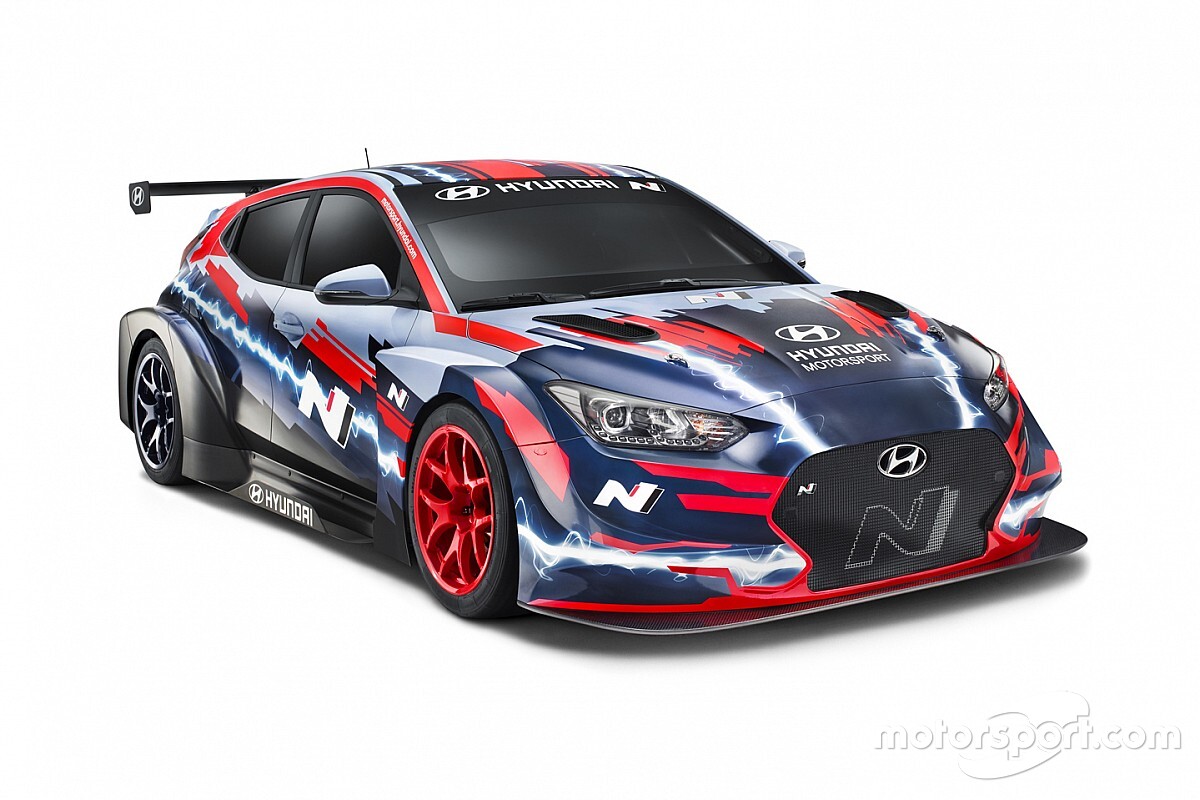 Launched in Paris on Wednesday, the Pure ETCR series will undertake a demonstration season in 2020/21 - which includes a time trial at this year's Goodwood Festival of Speed and an event at the Daytona 24 Hours - before an eight-round calendar commences the year after.

The new championship will ditch the conventional WTCR format, which currently features qualifying and a three-race programme for each of its 10 rounds.

Instead, in Pure ETCR manufacturers and drivers will be drawn randomly to contest 'Battle Groups' made up of three drivers each.

In each group drivers will be released from speedway-style gates to start the competition.

Drivers will progress to one of three sprints-race finals ranked A to C, with the highest-placed drivers from the A final making up the overall event podium.

The Pure ETCR cars will deploy a standardised Williams Advanced Engineering powertrain for "probably the first two or three years", according to head of Eurosport Events Francois Ribeiro.

After which, some elements will be opened up to manufacturers.

Ribeiro said: "It's no secret when you look at the automotive world that it's not evolution but revolution we are facing. Motorsport cannot ignore it. We have to follow the automotive industry. Formula E promotes technology, it does not promote products.

"Touring cars have always been a great tool for manufacturers to promote their product. We promote real cars, not single-seaters, no electric SUVs."

At the launch event a Hyundai Veloster N electric model was on display, while the video presentations featured a Cupra e-Racer.

The season one powertrain is capable of 680bhp in its maximum power trim, enough to propel the rear-wheel-drive 1575kg machines to 62mph in 3.2 seconds and sustain a range of 40km - equivalent to WTCR's current 21-minute race format.

Goodyear was also revealed as the series' official tyre supplier and will provide a treaded, all-weather compound.

Ribeiro added: "It's not going to be the Route 66 highway. It's going to be bumpy to get things off the ground.

The announcement of the new series is tied up in a 20-year promotion deal with the WSC Group, headed by Marcello Lotti, which also looks after WTCR.

Pure ETCR is set to sit alongside WTCR and feature at some events, but unlike its internal-combustion-engine counterpart Pure ETCR will award a title to constructors rather than just teams.

"There is no competition between WTCR and Pure ETCR," stressed Ribeiro.