Billy Monger thought his "race was over" shortly before he took the lead of the Pau Grand Prix after bending the steering of his Euroformula Open car on a barrier.

By:
Elliot Wood
Listen to this article

Having switched to wet tyres at the end of the formation lap against the advice of his Carlin engineer, Monger climbed through the order and was in third place when his crash occurred.

Moments later the leading Motopark cars collided, causing a safety car period and handing Monger a lead that he would turn into a historic victory.

"I made contact with the wall at Turn 3, and I genuinely thought that was my race over," Monger told Motorsport.com.

"The front-right hit the barrier. It brushed the wall the whole way round, and then I had bent steering after that.

"When the safety car came out I was a bit worried. I thought: oh no, we’re in a bit of trouble here, because I wasn’t able to perform at 100%."

Monger hard a sizeable gap to the drivers on a similar strategy, including Carlin teammate Nicolai Kjaergaard, but the safety car eradicated that margin.

Yet despite the damage to his car, Monger pulled away once racing resumed to take his first single-seater triumph and the first win of his racing return since having his lower legs amputated as a result of a British Formula 4 crash in 2017.

"I was leaving a bit on the table because [less room for error], especially over Monument [the Turn 7/8 chicane].

"I wasn’t taking the kerbs because I thought: if I’ve got a bit of damage, and I hit the front too hard - Monument’s known for breaking suspension when it’s fine, let alone when you’ve had a knock already." 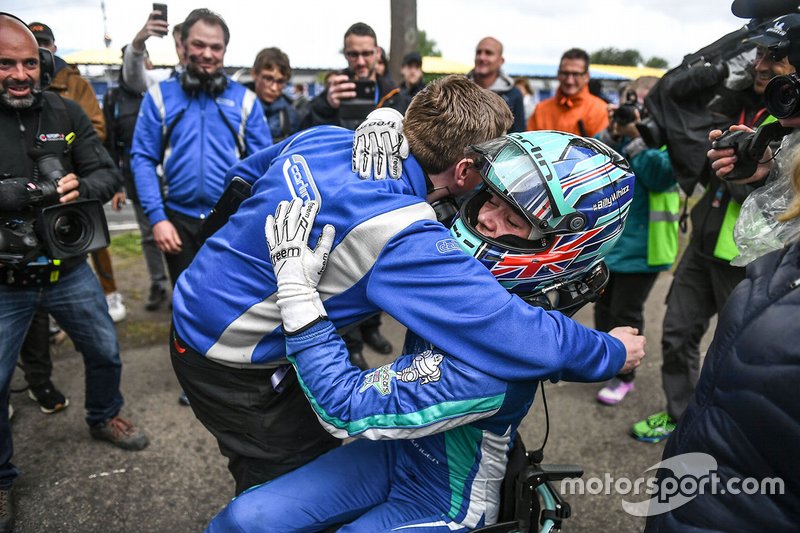 How incredible Monger is pushing for a world first

Yuki Tsunoda turned down a one-off return in Euroformula Open after being told by Red Bull to focus on preparing for his first Formula 1 test at Imola.

Manuel Maldonado, the cousin of 2012 Spanish Grand Prix winner Pastor Maldonado, will step up to contest the Euroformula Open series this season with top team Motopark.