By:
Elliot Wood
Listen to this article

Ticktum ran 55 laps in the Dallara 320, an evolution of the F317 that he won two Macau Grand Prix titles in and is currently used in EF Open, at Varano in Italy.

The halo-shod car, revealed in June, is built to Formula 1's 2018 safety standards and will be introduced to EF Open and Japanese Formula 3 next year.

It has been designed to continue the 'spirit' of F3, with a lower weight than the FIA Regional F3 concept used in championships like W Series (575kg to 650kg), but with the inclusion of the halo cockpit protection device to ensure series using it could claim International series status.

"I have driven all types of single-seaters and for me, like for many drivers, my preferred racing car is the Dallara F312/317," said Ticktum, who drove for Red Bull Racing this year in Formula 1's in-season Bahrain test.

"After this first test with the new 320, I am glad to say that Dallara has achieved to make an even better car. It's safer but the feel has not changed, it has even improved, as there is greater and better downforce.

"The feel in medium and high-speed corners is terrific and braking is amazing. I really enjoyed driving it and Dallara made a great job."

Without the budget for Formula 2, Ticktum entered the first three races of SF this year with Team Mugen and scored one point before losing his Red Bull backing and being replaced by Patricio O'Ward.

"We are extremely happy with this first shakedown, which confirmed the progress made in all areas with respect to the previous car," Claes said.

"The main thing to take away is that we can today confirm that the Dallara 320 will be at 575kg minimum weight.

"Thanks to the use of the most advanced technology and materials, the safety-related upgrades, including the halo, not only will not add weight to the car, but will allow us to stay slightly below the current 580kg minimum weight threshold." 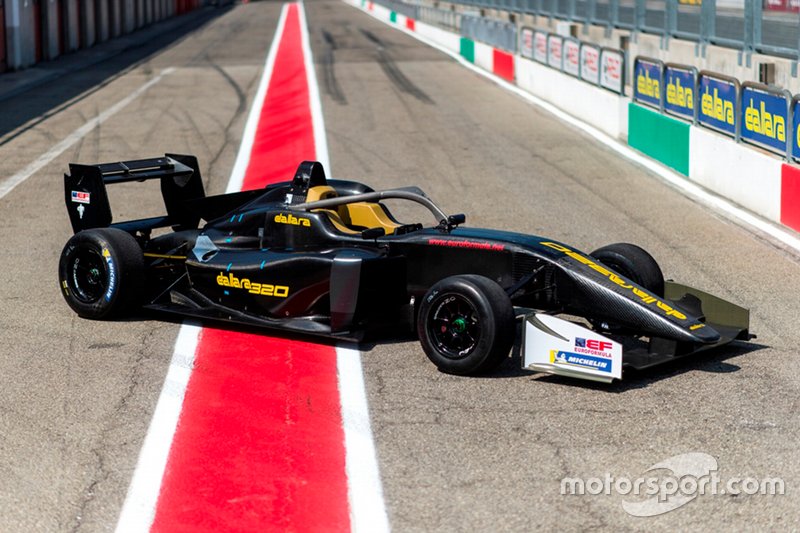 Why Ticktum is relishing his fresh start in Formula E

The stars Trackhouse should target for its NASCAR Cup plan

Yuki Tsunoda turned down a one-off return in Euroformula Open after being told by Red Bull to focus on preparing for his first Formula 1 test at Imola.

Manuel Maldonado, the cousin of 2012 Spanish Grand Prix winner Pastor Maldonado, will step up to contest the Euroformula Open series this season with top team Motopark.