Former GT racer Adam Lacko took a trio of wins in the second round of the FIA European Truck Racing Championship at Misano last weekend.

The Czech driver reprised his 2016 hat-trick of victories in his Buggyra International Race System Freightliner to surge into the lead of the championship.

The pick of Lacko’s three wins came in the fourth and final race on Sunday, when he went from eighth on the reverse grid to the lead within seven laps.

Quickly dispatching of most of his rivals, Lacko finally overtook veteran Gerd Korber to seize the lead.

Lacko’s title rival Jochen Hahn started the weekend off in imperious fashion with a win in race one, but then had a disastrous Sunday in his new Iveco entry, with engine problems confining him to just one eighth place finish.

Steffi Halm and Norbert Kiss both scored multiple podiums over the weekend, while sometime Formula 3000 racer Antonio Albacete took a second third-place finish in as many events with his Truck Sport Lutz Bernau MAN entry.

Jose Rodrigues and Thomas Robineau shared the Promoter’s Cup spoils in the class for independents. 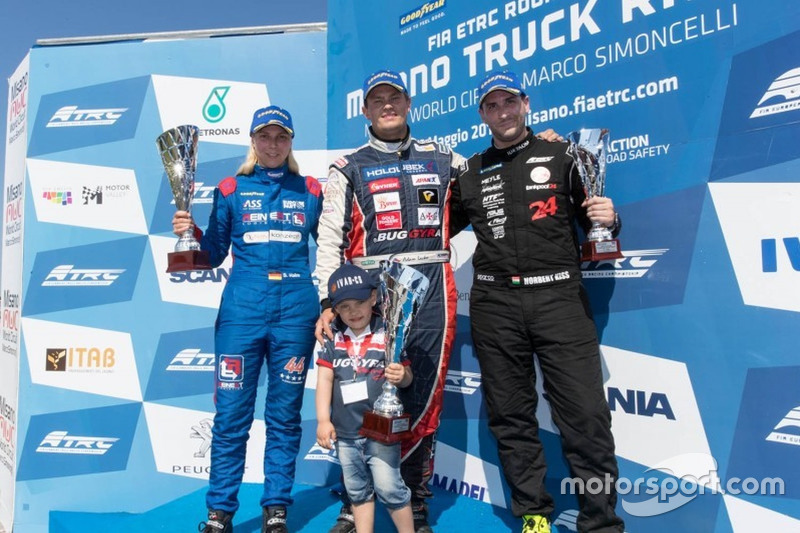 No Kiss and make-up for Halm

Popular truck racer Steffi Halm again had a strong weekend in Italy, taking three podiums and consolidating her second position in the standings.

Two second places and a third place in her Reinert Racing entry saw one of her best combined performances since she joined the series in 2015.

There was controversy though in a dramatic final race, after several runs-in with rival Norbert Kiss.

Double FIA ETRC champion Kiss battled hard with Halm throughout most of the race but several instances of contact between the two saw angry words exchanged after the chequered flag.

Halm, a firm fan favourite, was unflustered by the altercation though and cemented her reputation as a hard combatant in the usually male-dominated truck racing world.

"It was a really tough race straight from the beginning. Sascha [Lenz] spun, so I had to take evasive action and that was when Adam [Lacko] and Norbi [Kiss] and also Gerd [Korber] got close,” she told Motorsport.com.

“For the next 10 laps I knew that he [Kiss] was faster here, and he kept showing that to me all the time, so in the end it was a really, really nice race for me. It was not easy to finish second, but at the end the whole weekend was perfect for us.” 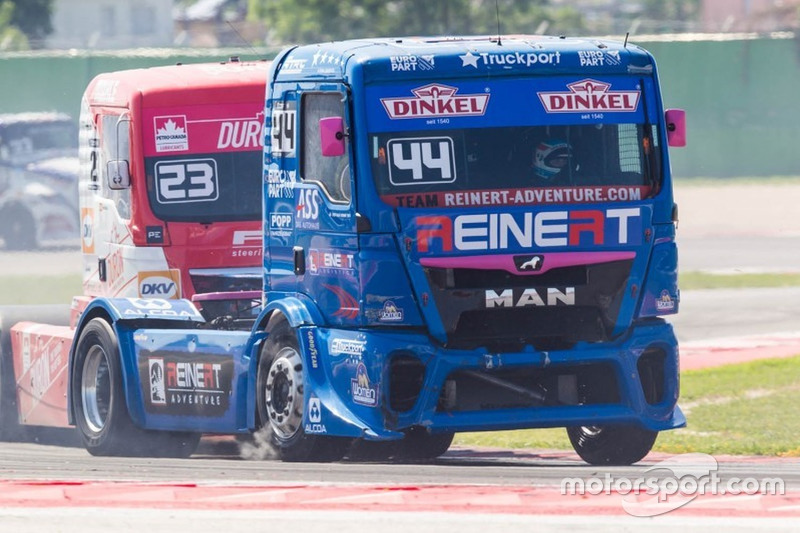