Andretti United has agreed contract extensions with its Extreme E driver pairing of Catie Munnings and Timmy Hansen for 2022 after just two rounds of the inaugural championship season.

The duo recovered to score second place overall in the maiden event behind the victorious Rosberg X Racing crew of Johan Kristoffersson and Molly Taylor.

However, the Andretti United attack was blunted in the following Senegal event after a heavy impact for Hansen caused a mechanical failure and car shutdown before a systems reset.

The team classified last of the nine teams in Africa and now sits fourth in the overall standings ahead of a third round in Greenland this weekend.

Roger Griffiths, team principal of the Andretti Autosport and United Autosports co-venture, said: “Catie and Timmy have been a fantastic duo this season, they are both very hard working, hungry to learn as much as they can from each other and great team players.

“They have been exceptional ambassadors for Andretti United Extreme E - both on and off the track - and we look forward to working with them both for the remainder of this season and in 2022 too.”

To work around COVID-enforced travel restrictions, Munnings lived with the famed rallycross Hansen family in Sweden ahead of the season starting. 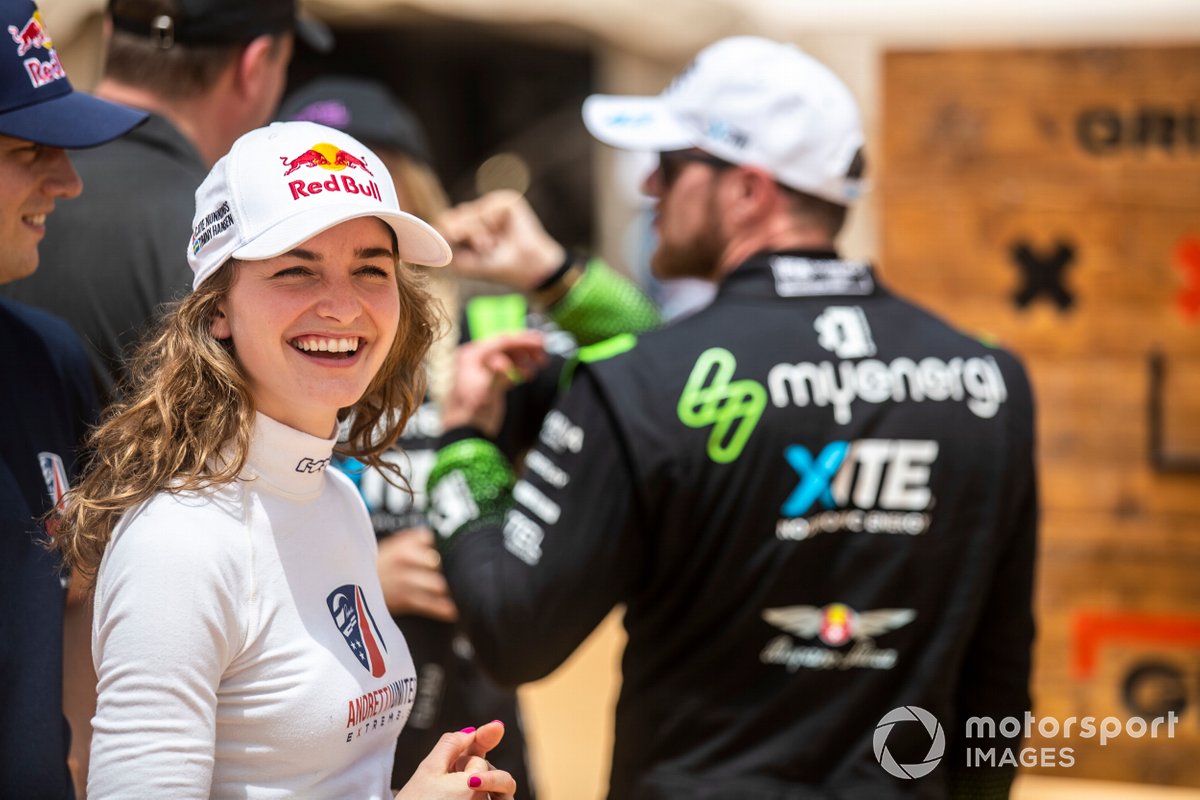 Munnings said: “I’ve loved everything about our Extreme E journey with Andretti United Extreme E so far and I couldn’t ask for a better team-mate than Timmy.

“I’m also delighted to continue racing with Andretti Autosport and United Autosports, two huge names in motorsport, and a team of people I can learn so much from.

“Even if the event in Senegal didn’t go to plan for us, I know that we helped make an impact in other ways including planting mangroves plus meeting and working with the local communities.

The only other driver officially locked in for 2022 is Tanner Foust, the three-time American rallycross champion having been signed to lead the new McLaren Racing entry.

“They have formed an incredible partnership this year and it feels like they have known each other for a long time.

“They have both fit into Andretti United Extreme E brilliantly and we couldn’t think of a better pairing to work with.”

Andretti Autosport owner Michael Andretti said: “Both have shown to be not only competitive, but also great ambassadors for Andretti United, the sport and its climate change message.

“The continuity of two returning drivers will allow us to maximise on what we’ve learned this sea-son and continue to build upon our experiences and successes thus far.”