With 23-year-old Chadwick unable to take part in the third round of the Extreme E series on August 28-29 due to clashing commitments in the W Series, where she is defending her 2019 crown, Veloce has elected to promote its reserve driver Gilmour alongside the team’s other full-time contestant Stephane Sarrazin.

A rally driver by profession, the 41-year-old has taken part in several World Rally Championship events and finished runner-up in New Zealand’s domestic rally championship three -times in a row.

She also made it to the semi-final of the 2014 X-Games, which took place at the Circuit of the Americas in Austin, Texas.

“I’m so excited to get started. Obviously, I have been involved with Veloce Racing in my role as Reserve Driver so far this season but now to be able to get behind the wheel and go racing is going to be incredible.

“The key is to expect the unexpected. Extreme E has proven in its first two races that anything can – and probably will – happen so I’m going to try and prepare for every eventuality.

“Stephane [Sarrazin] and Jamie [Chadwick] made an incredible comeback in Senegal after a tough opening round. I'm hoping we can keep that ball rolling into Greenland and secure more big points for the team.

“I’m under no illusions though. This is a tough series with some of the world’s best drivers on the grid. It’s going to be the biggest test of my skills to-date and to do it against such a spectacular backdrop is going to make it even more special.”

After a tough start to the team’s Extreme E campaign in Saudi Arabia, where it was forced to withdraw its Odyssey 21 E-SUV due to heavy damage sustained in a crash by Sarrazin, Veloce has strongly rebounded in the category, finishing second to the winning Rosberg X Racing team in the Ocean X-Prix last time out.

Veloce Racing is confident of another strong result in Greenland this weekend, despite Gilmour’s lack of experience in Extreme E’s all-electric SUV.

“We’re delighted to be able to give Emma [Gilmour] this opportunity to race with us in Greenland,” said team boss Daniel Bailey.

“Of course, we were impressed with her abilities from the outset so we signed up as reserve driver for this kind of scenario.

“Her experience speaks for itself. She’s had a hugely successful career both globally and in New Zealand so I don’t think she’ll have any trouble getting up to speed with this new and innovative series.

“Obviously Jamie will be competing in Belgium as well so it’s going to be a very busy weekend for the team and our biggest test yet, but we’re up for the challenge!

“Stephane and Jamie did an amazing job last time out so we want to build on that result and continue to push forward this season – Emma is the perfect person to help us do that.” 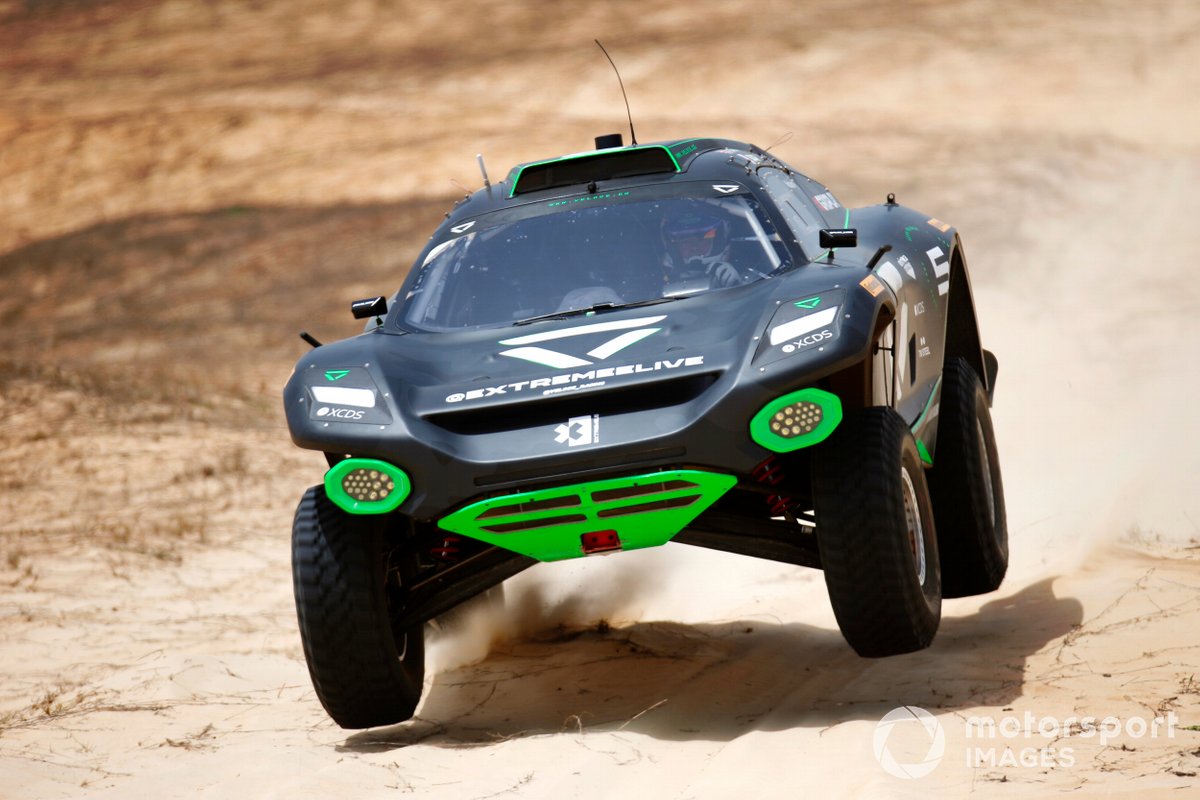 Sara Price shares how it feels to race for Extreme E