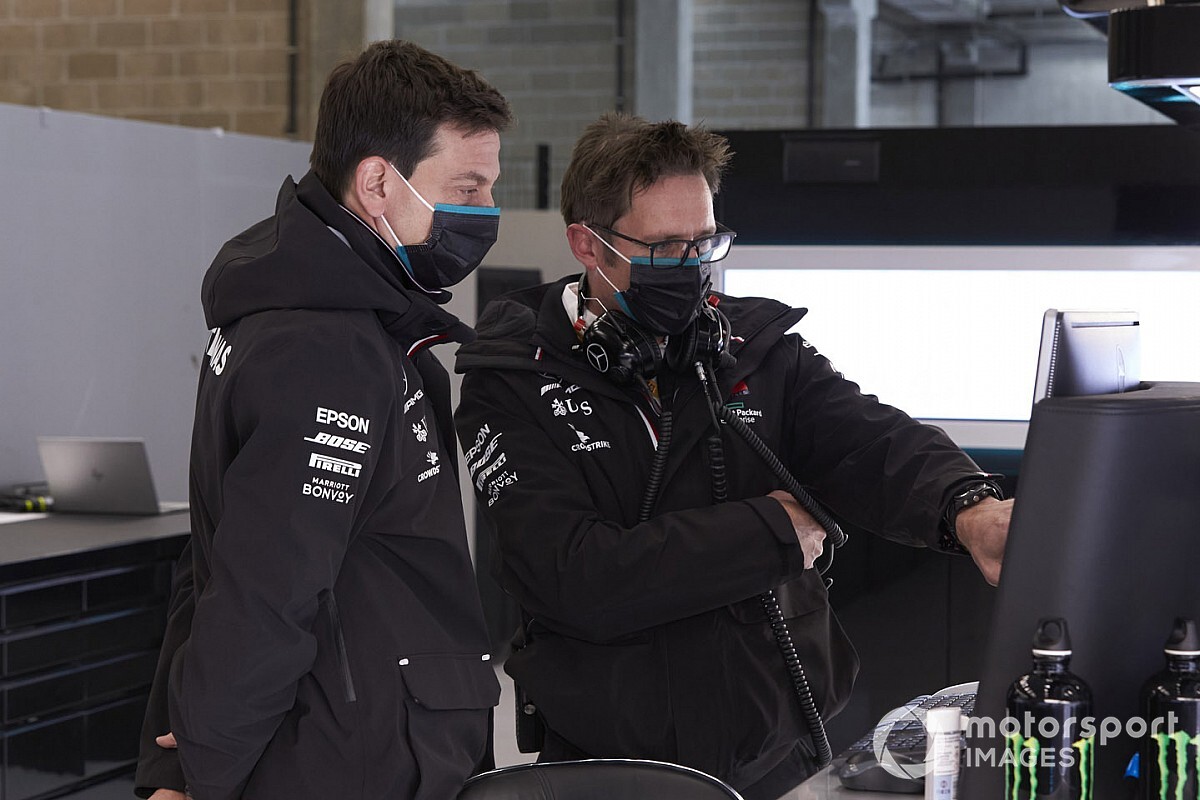 Toto Wolff says he spoke to Red Bull Formula 1 boss Christian Horner over comments saying Mercedes had “everything geared towards” Lewis Hamilton in the 2020 title race.

Hamilton would equal Michael Schumacher’s all-time record of seven F1 titles if he can win the championship this year. He would also break Schumacher’s record for the most titles won with a single team, as it would be his sixth for Mercedes.

Red Bull team principal Horner said on Friday in Italy that it was “obvious that Mercedes favour Lewis”, citing its strategy calls and position of its cars.

“Why wouldn’t they put Bottas on a two-stop, for example, in Spa?” Horner said.

“That would have given him the opportunity to win the race.

“The problem is obviously everything is geared towards Lewis this year on his record breaking, or record-equalling campaign.

“The reality for Valtteri is unless he qualifies ahead he hasn’t got a chance.”

Asked about Horner’s comments on Saturday after qualifying at Monza, Wolff revealed that he spoke to Red Bull’s F1 chief to make Mercedes’ position in giving its drivers equal treatment clear.

“I spoke to him about that,” Wolff revealed.

“He said: ’Why didn’t you pit Valtteri for the second stop?’ I said if we would have known that a two-stop is quicker, we would have pitted Lewis as well.

“In hindsight, the two-stop is the better strategy, but we didn’t want to lose position against Max, because it was not clear whether we would beat Max on-track.

“I said why didn’t you pit Max for a second stop? You could have beaten us. He said: ‘Well we weren’t sure we would be able to overtake Ricciardo’.

“There is no such thing as prioritising one driver over the other. We have always played it completely open, transparent and fair. That is how we’re going to continue.”

Mercedes has always insisted on parity between its two drivers, though methods such as alternating giving Hamilton and Bottas the choice to be the first car out in qualifying at races.

Wolff said after the Belgian Grand Prix that there were “no rules in place between the two drivers” and that they are “allowed and free to race”.

Verstappen doubtful of beating Bottas to second in standings