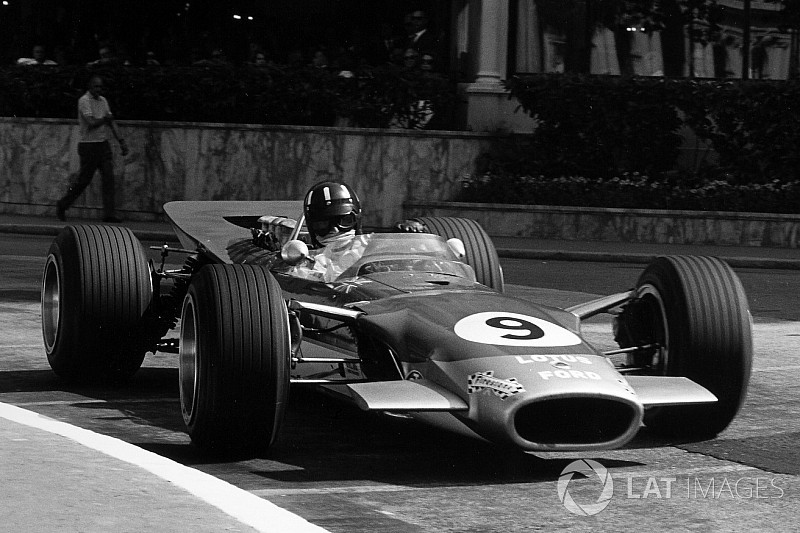 The first wings appeared on Formula 1 cars back in 1968, although these elements has been seen before on other race cars of other categories.

During the ‘60s, aerodynamics was some sort of black art. The lack of sophisticated wind tunnels and appropriate tools explained why certain aero solutions worked miraculously while others, failed poorly.

During that same period, Formula 1 engines stepped up from being small, 1.5 litre, and underpowered motors to normally aspirated three-litre power plants. Power reached 450 horsepower and the lack of traction and grip generated slow lap times, accentuated the fact that the tires were still pretty narrow and made of relatively hard rubber.

Engineers looked for ways to increase tire grip so that the cars would take the corners at higher speeds, therefore lapping the circuits faster. They knew that the easiest way to increase grip was to apply some sort pressure on each tire. But how that could be achieved?

The solution came from Texas where Jim Hall, a former Grand Prix driver, cleverly understood that if a normal wing could make an airplane fly, an inverted wing should create a similar force, but in the other direction. The negative lift should be capable to increase tire grip.

Hall engineered and created the legendary Chaparral 2F in the mid-60s; a sport car (that raced with a licence plate!) fitted with a huge wing at the back, mounted on the wheel hubs and not on the bodywork. The wing is also moveable, a bit like the DRS [Drag Reduction System] on today’s F1 cars. When the driver pushed on a pedal, the angle of the wing flatted, reducing drag on the straightaways. When braking for a corner, the driver would let go the wing pedal, which put the rear wing back in the high downforce position.

Colin Chapman of Lotus looked at this, and fitted much simpler wings on one of his Lotus 49 at the 1968 Monaco Grand Prix. Chapman knew he needed to balance his F1 car, and decided the fit small winglets at the front of Graham Hill’s Lotus and a curved sheet metal at the rear.

Hill captured pole position on the streets of Monaco with an advantage of six-tenths of a second over the second placed Johnny Servoz-Gavin in a Matra-Cosworth. Hill also won the race, sending a clear signal all along the pit lane.

Forghieri gave wings to his Ferrari

Amon captured pole position with a time of 3:28.6 while Belgian Jacky Ickx, in the wingless sister Ferrari, can do no better than a time of 3:34.3, which was five seconds slower.

At the next race held on the circuit of Zandvoort in the Netherlands, almost every car was fitted with wings of various shapes.

However, Chapman came up with another idea. He designed a rear wing of full width, and planted it on long supports so that the wing would be fed by undisturbed air to be more efficient. This forced the Lotus fabricators to produce new wishbones for the suspensions and new drive shafts.

This thing with wings then became out of control. Cars showed up and raced with rear wings that we very highly perched on thin tubes that could barely withstand the forced that were generated. As expected, some wings began to crack, bend and even break, producing accidents of alarming seriousness.

The governing body then changed the rules about the wings to make then safer, and less efficient, leading to the wings we see today on the current F1 machinery.