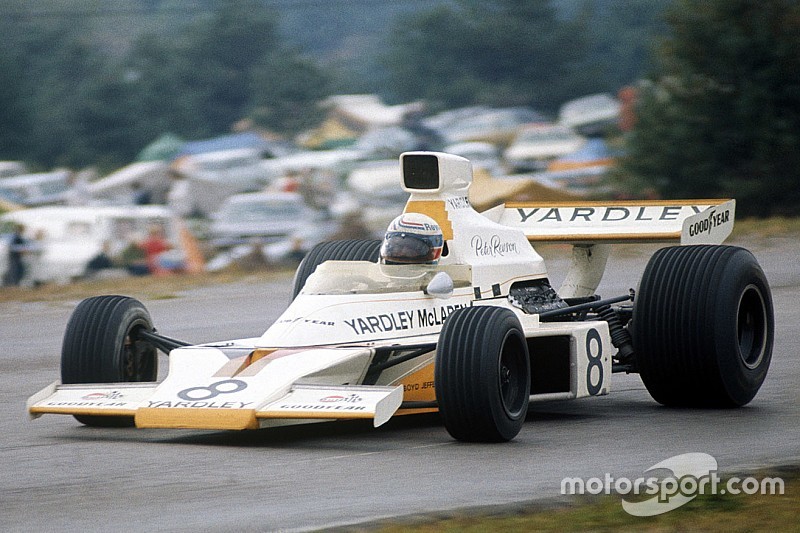 The 1973 Canadian Formula 1 Grand Prix at Mosport Park turned out to be the strangest and most controversial of all.

The highly unpredictable microclimate that reigns over the region of Mosport Park, adjacent to the immense Lake Ontario, played a crucial role in the September 23rd weekend as fog interfered with practice and rain turned the race into a nightmare.

The official timekeepers and scorers experienced huge difficulties at identifying the cars are they blasted in front of them in the spray, and the dampened laps charts were soon filled with errors. No wonder the eventful Formula 1 race was quickly nicknamed ‘The Grand Prix of Confusion’!

That year, the Canadian race was the penultimate round on the calendar. Jackie Stewart had just clinched the World Championship in Monza two weeks before and was ready to retire from the sport.

Driving a Lotus 72-Ford, Ronnie Peterson clinched pole position ahead of Peter Revson in a McLaren, Jody Scheckter in the other McLaren, Carlos Reutemann in a Brabham Emerson Fittipaldi in the other Lotus 72 and François Cevert, Stewart’s teammate, in a Tyrrell.

It rained very hard on Sunday morning and the organizers had little choice but to postpone the start of the race by one hour.

The green flag eventually waved and Peterson immediately took the lead. The track then began to dry, and the running order changed constantly as drivers stopped for slick tires and repairs of all sorts.

On Lap 35, the track got partially blocked by the wrecked Tyrrell of Cevert and the McLaren of Scheckter after the two rivals fought for the same piece of tarmac.

For the first time in Grand Prix history, a pace car (a Porsche 914) took to the track. However, it held the position in front of the wrong car, allowing those in front of it a clear catch-up run around the track and gain on lap on the wrong leaders.

This factor and the never ending pit stops made the hand-made lap charts to be filled with mistakes. On Lap 45, the race was restarted and no one was really sure about who was (really) leading the race…

On Lap 80, Lotus’ boss Colin Chapman, who was convinced that Fittipaldi was the winner, began to celebrate only to realize that the official had not waved the chequered flag! It was finally shown several seconds later for a group of four cars bunched up together. It is total chaos in the pit lane.

Three drivers – Peter Revson, Emerson Fittipaldi, and Jackie Oliver, driving for Shadow – were each convinced to have won the race. The officials took the time to compare their lap charts to those of the teams. After four hours of intense revisions, Revson was declared the winner ahead of Fittipaldi and Oliver. Frenchman Jean-Pierre Beltoise took fourth place for BRM ahead of Jackie Stewart and Howden Ganley in the Iso-Marlboro.