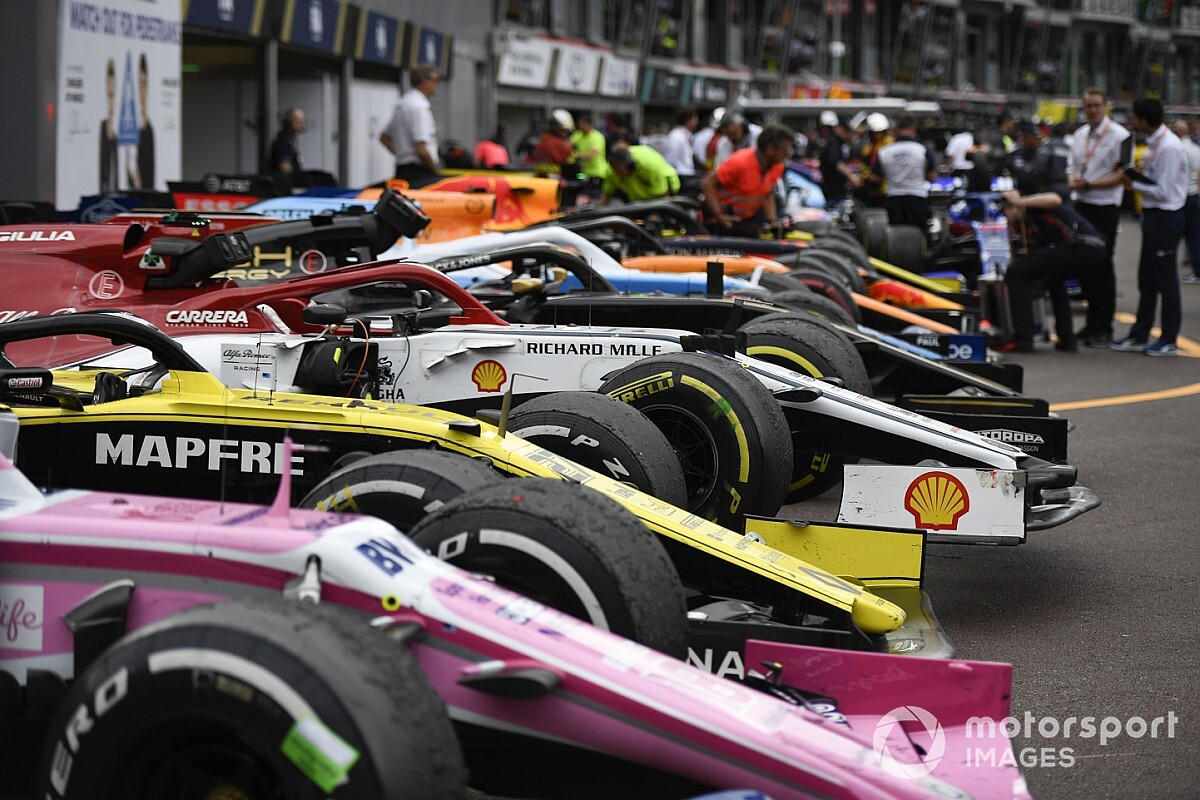 As part of a drive to ease the economic impact of the COVID-19 pandemic on the teams, F1's rules reset has been pushed back to 2022 and the cars produced for use in 2020 will be used again next year.

A token system to allow limited areas of development has been proposed as part of the on-going negotiations over F1's future, and Green expects this to lead to restricted amounts of visual upgrades.

"There's a big push to try and maintain as much of the design up and down the pitlane going into 2021 to reduce the car costs," he told Motorsport.com.

"With everyone sitting at home not working, you can't develop this car. There's no development happening, so you're naturally moving towards this year's car racing next year.

"We are changing name of the car [when Racing Point is rebranded as Aston Martin at the start of 2021], but I think by the time we get to the first race in Melbourne all the cars will look slightly different.

"But there will be a significant amount of carryover up and down the pitlane."

Green says Racing Point will alter the RP20 moniker on its 2020 car to include "an Aston Martin reference in the chassis name" when the team's title changes as part of its tie-up with the manufacturer.

The RP20 caused a stir during 2020 pre-season testing due to its close similarities with the Mercedes W10 from 2019, which Racing Point insists is not grounds for a protest from rival squads.

Back in February, Green explained that the team's decision to abandon its experience with the high-rake concept deployed on its previous cars – in favour of a Mercedes-like low-rake – was taken because the expected upcoming regulation change meant only one season would potentially be lost if the switch proved to be a mistake.

But he now feels Racing Point's choice has been vindicated, based on its testing performance.

"It's just at the time we were weighing up the risk of what happens if we fail," he said.

"If we stop what we're doing, go down a different road and we don't recover the performance and we end up with a car that's actually slower than we had last year.

And the thinking at the time was, 'well, it'll only be for one year, because we're going to have to scrap it anyway'.

"That scenario, as far as I can see, didn't materialise.

"So, for us now, we exceeded the performance of last year's car with the new car. So, we're not concerned about running it for effectively 18 months."

The day Senna failed to qualify for a grand prix